Moscow learns from its mistakes.. These are the most prominent developments in the conflict in Ukraine 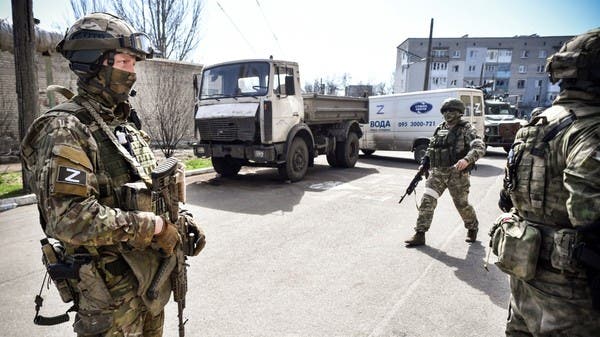 With the Russian military operation entering its seventieth day on Ukrainian lands, amid advances here and disappointments there, there is no doubt that the Russian forces have learned lessons and lessons.

This is at least confirmed by the Pentagon, when its leaders informed Congress on Tuesday that Moscow is learning from its mistakes in Ukraine, especially with the transition of its military operation to its new phase, in eastern Ukraine.

There is no doubt that the Russian forces realized that the great Western support for Kiev, with weapons and equipment, prevented its control of the capital in a short time, as Moscow had expected, which prompted it to change its plans and focus eastward to control the Donbass region, and to build a land bridge between it and the Crimea. After closing the city of Mariupol also.

In addition, the Russians have strangled all Ukrainian ports and destroyed many bridges, with the aim of increasing pressure on Kyiv and its forces, according to what Ukrainian President Volomer Zelensky has confirmed more than once previously.

In this context, Ukrainian officials announced that the Russian army bombed the railway infrastructure throughout the country.. Oleksandr Kamyshin, head of the Ukrainian Railways Authority, explained that the Russian strikes yesterday targeted six railway stations in the central and western regions of the country, causing damage to them. serious, according to the Associated Press.

He also added that the flights of at least 14 trains were delayed due to the attacks.

In turn, the governor of the Dnipro region, Valentin Reznichenko, confirmed that the Russian missiles hit the railway infrastructure in the region, impeding the movement of trains. The Ukrainian army also reported targeting railways in the Kirovohrad region, noting that there had been unspecified losses.

The last castles of Mariupel

As for the city of Mariupl, in the southeast of the country, Moscow yesterday intensified its strikes on the last remaining fortresses in it, which is the sprawling Azovstal Factory, after a batch of civilians who had been stuck in it for weeks and arrived in the city of Zaporizhia, which it controls. Ukraine.

As it seeks to pressure the remaining fighters, to surrender, achieving a victory after weeks of besieging the coastal city overlooking the Sea of ​​Azov.

It is noteworthy that Moscow, which launched on February 24 its military operation on the territory of its western neighbor, decided in late March to withdraw its forces from the vicinity of the capital, Kyiv, to focus on the Donbass region, especially since its control is an important goal, allowing it to build a bridge between the east and the south of Ukraine. Crimea, which Russia annexed in 2014.