Moscow: NATO may send nuclear weapons to Sweden and Finland 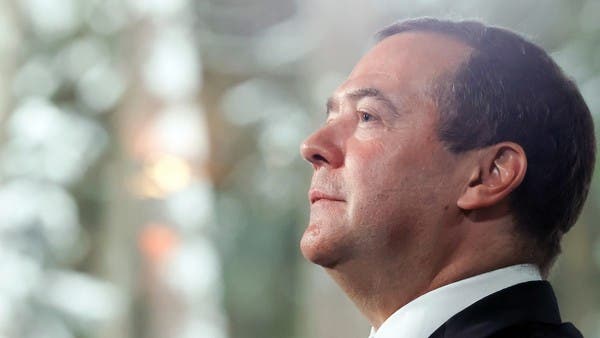 Deputy Chairman of the Russian Security Council, Dmitry Medvedev, considered that NATO’s announcement that it is no longer bound with Moscow with any agreements means the possibility of bringing nuclear weapons to new member states of NATO.

Medvedev said, according to what was reported by Russian media on Wednesday, that “the founding law between NATO and Russia issued on May 27, 1997 is not a real international treaty subject to ratification… This is a political document.”

He added, “Today, NATO members have stated that they no longer consider themselves bound by it. Circumstances have changed, and nothing is holding them back.”

Medvedev also noted that “the consequences of this step are simple: you can withdraw nuclear weapons into the territory of new member states (for example, Sweden and Finland), and conduct provocative military exercises near our borders. They have done this before, but there was at least this political document “.

He pointed out that NATO members have not yet spoken directly about withdrawing from the founding law, but rather that “the agreement is not dead yet.”

“as soon as possible”

These statements come as Finland’s Prime Minister Sanna Marin said, on Wednesday, that her country hopes that NATO countries will ratify its accession “as soon as possible” if it is nominated alone or with Sweden.

She confirmed that Helsinki is in talks with key countries such as the United States, the United Kingdom, Germany and France to obtain guarantees of protection during the candidacy period, which can last for several months, according to AFP.

“If Finland and Sweden are candidates, the main issue is that the validation process should be as short as possible… This will be the best security guarantee we can have,” she said at a press conference of Nordic leaders in Copenhagen, adding: “Of course, we are discussing security guarantees and security problems that may arise” during the transitional period with the larger member states of NATO.

It is noteworthy that since the beginning of the Russian military operation in Ukraine, Helsinki and Stockholm have become closer to running, perhaps jointly, for better protection against their neighbor Russia.

A consensus is emerging to welcome Finland and Sweden into the ranks of NATO, according to the military alliance, but the ratification process requires a green light from the parliaments of the 30 member states.

Officially, only NATO members benefit from the protection of Chapter Five, the security umbrella of the military alliance that the United States launched at the start of the Cold War with the Soviet Union.

Finnish President Sauli Niinistö is also expected to announce his personal position on May 12 regarding Finland’s candidacy for NATO membership, but the issue has strong support from public opinion and members of parliament.

Finnish media expect the government’s decision to be issued in the next few days.

On the Swedish side, the government and parties in Parliament will present a security review on May 13th on the issue of membership. Stockholm similarly consults with member states. Its foreign minister, Anne Lindh, flew to the United States on Tuesday and continues her visit in Canada.