Moscow: Our response to the buildup of NATO forces in Poland will be proportional 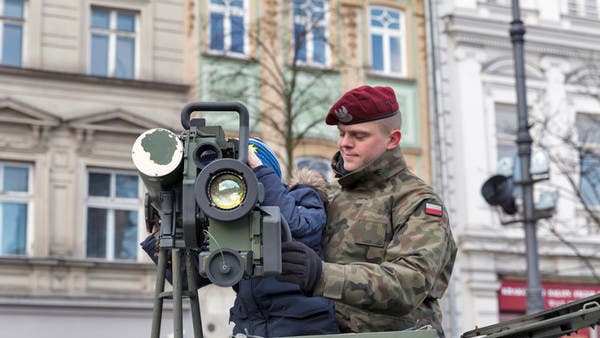 In light of the escalation of NATO military reinforcements in Europe, Russia renewed its warnings.

Oleg Tyapkin, head of the department responsible for Russian relations with Europe in the Foreign Ministry, confirmed that Moscow would respond to the buildup of NATO forces in Poland, adding that the response would be proportionate, according to the Interfax news agency.

He also added, “Any response will be, as always, proportionate and appropriate and aimed at neutralizing potential threats to the security of the Russian Federation,” as he put it.

The Polish lands have witnessed NATO reinforcements since the launch of the Russian military operation on Ukrainian territory on February 24, which exacerbated fears of an expansion of the conflict to other European countries neighboring Ukraine.

More than a quarter of the forces under NATO’s direct command are on the territory of Poland, which shares a large part of its border with Ukraine.

While 9 thousand soldiers are stationed in Estonia, and about the same number in Latvia, while in Lithuania there are more than 20 thousand fighters.

Moscow has repeatedly warned over the past months against the militarization of Eastern Europe and the expansion of the alliance, which it considers the spearhead of the “wave of hostility” against it, against the backdrop of the Ukrainian-Russian conflict.

This issue of expansion is also considered a red line for its security, and it previously threatened with ominous consequences if the defense alliance went on to include more Eastern European countries.