Moscow pours fire on Lavrov’s statements about Hitler.. He was not mistaken 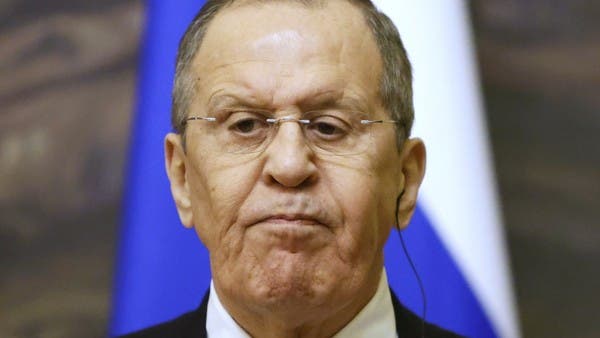 After two days of silence, Russia responded to all the criticism, especially the Israeli one, against its foreign minister, Sergey Lavrov, following statements in which he claimed that Nazi leader Adolf Hitler had Jewish roots, and that neo-Nazis are currently ruling Kyiv.

On Tuesday, the Russian Foreign Ministry confirmed Lavrov’s view, saying that the fact that Ukrainian President Volodymyr Zelensky is of Jewish origin does not prevent the neo-Nazis from holding Ukraine.

It also considered in a statement that “anti-Semitism in everyday life and in politics has not stopped, but on the contrary is being fed in Ukraine,” according to Reuters.

In addition, it considered that the statements of Israeli Foreign Minister Yair Lapid “contradict history” and “to a large extent explain why the current Israeli government supports the neo-Nazi regime in Kyiv.”

Lavrov, in turn, accused Israel today of supporting these “neo-Nazis”, further escalating the dispute that has flared up strongly between his country and Israel, since last Sunday, after he claimed that Hitler was of Jewish origin.

Israeli Prime Minister Naftali Bennett harshly criticized the Russian statements, saying in a statement on Monday that “such lies aim to accuse the Jews themselves of the most heinous crimes in history that were committed against them.”

Meanwhile, Israeli Foreign Minister Yair Lapid, whose great-grandfather died in the Holocaust, considered accusing Jews of being anti-Semitic as “the lowest level of racism.”

It is noteworthy that Lavrov made these statements during an interview with Italian television last Sunday, in response to a question about why his country wanted to “eliminate Nazism” in Ukraine while the country’s president is Jewish. Then he replied, “I think Hitler also had Jewish ancestry, so it doesn’t mean anything.”
‭‭‭‭

He also added, “For a long time, we have heard Jewish sages say that the greatest anti-Semite are the Jews themselves.”

This has ignited a noticeable tension with Israel, which has shown its support for Kiev since the launch of the Russian military operation on February 24.

But she initially avoided criticizing Moscow directly, and did not apply official sanctions imposed on the wealthy surrounding Russian President Vladimir Putin, as she feared a crack in relations with Moscow, which has influence in neighboring Syria.