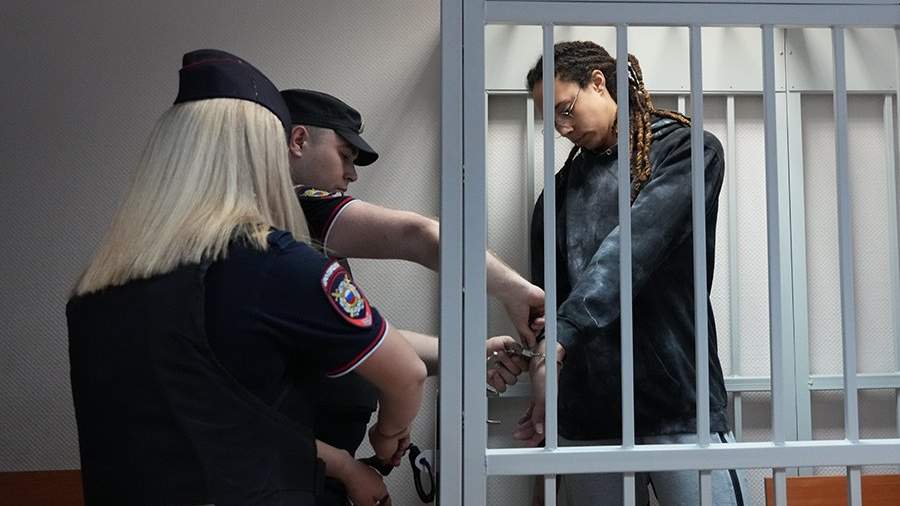 The Moscow Regional Court has scheduled October 25 to consider an appeal against the sentence of American basketball player Brittney Griner, convicted of drug smuggling. This was announced on Monday, October 3, in court.

“The Moscow Regional Court has scheduled the consideration of Greiner Brittney’s appeal against the verdict of the Khimki City Court of the Moscow Region on October 25 at 11:00 Moscow time,” the court representative said in an interview with TASS.

Two-time Olympic basketball champion with the US team Greiner was detained by customs officers at Sheremetyevo Airport in February. She was found to have vapes with cannabis oil.

On July 7, the athlete fully admitted her guilt, stating that she had no intent to commit a crime.

On August 4, the Khimki City Court sentenced Greiner to nine years in a penal colony and a fine of 1 million rubles for drug smuggling.

On the same day, American President Joe Biden said he hoped for the return of the basketball player to the United States. He assured that Washington is actively working on its exchange.

On October 1, the White House administration announced that Washington intends to seek the return of Brittney Griner to the States. At the same time, the details of the exchange of prisoners were not specified.

Biden’s approval of a deal to exchange Russian citizens held in American prisons for American citizens convicted in the Russian Federation became known on July 27. CNN noted that businessman Viktor Bout should be exchanged for basketball player Greiner and Paul Whelan convicted of espionage.