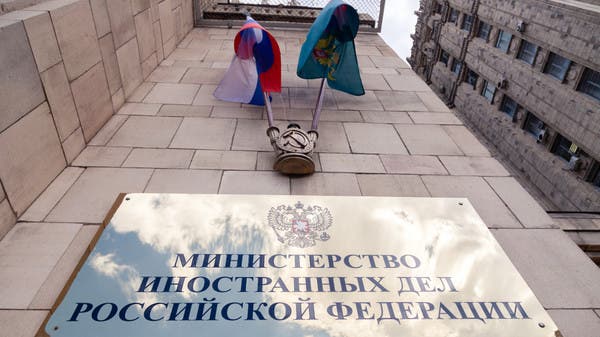 Russian Deputy Foreign Minister Andrei Rudenko stressed on Monday that a settlement of the food crisis may be “possible” if sanctions imposed on his country’s exports are lifted.

Rodenko added that Moscow believes that all restrictive measures imposed on Russian exports should be “abolished,” according to the TASS news agency.

He also said that “when we were told that these sanctions do not affect food and fertilizers, this was not entirely true, because there are problems with payment for these supplies, problems with insurance and with the arrival of Russian ships to European and other ports.”

The Kremlin blames the West

The Foreign Ministry’s statements came after a similar statement issued by the Kremlin, in which the Kremlin accused the West of causing a global food crisis by imposing the most severe sanctions in modern history on Russia due to the military operation in Ukraine.

The war, and Western sanctions to isolate Russia as a punishment, drove up prices for grain, cooking oil, fertilizer, and energy dramatically.

Russia and Ukraine together provide about a third of the world’s wheat supply.

Ukraine is a major exporter of grain

Ukraine is also a major exporter of corn, barley, sunflower oil and rapeseed oil, while Russia and Belarus, which have supported Moscow in the war and are under sanctions, provide 40 percent of the world’s exports of potash fertilizer.

Ukraine has lost most of its major ports, including Kherson and Mariupol, to Russia and fears Russia will also try to occupy Odessa.

The United Nations said 36 countries depend on Russia and Ukraine for more than half of their wheat imports, including some of the poorest countries such as Lebanon, Syria, Yemen, Somalia and the Democratic Republic of Congo.