Moscow: We have completely cleared Mariupol of Ukrainian forces 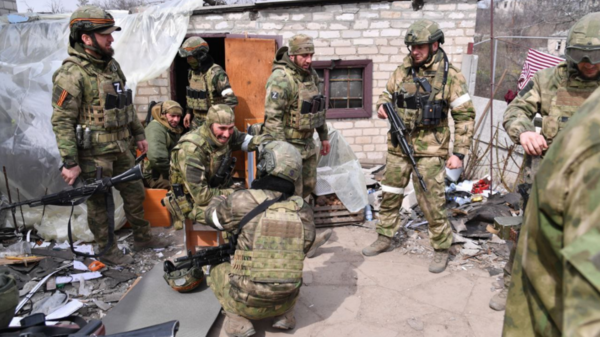 With fighting between Russian and Ukrainian forces continuing for the 52nd day in a row, especially in the east, the Russian Defense Ministry announced on Saturday that it had completely cleared the urban area of ​​Mariupol from Ukrainian forces. She said there were only a few fighters left at the Azovstal steel plant, which saw frequent clashes.

As of April 16, Ukrainian forces in the besieged coastal city have lost more than four thousand personnel, the ministry added in an online post.

Meanwhile, Russian forces have been trying for several weeks to take control of the city located on the Sea of ​​Azov, which is a body of water northeast of the Black Sea.
On the other hand, there has been no reaction yet from Kyiv to the statement of the Russian Ministry, which also said that 1,464 Ukrainian soldiers have surrendered so far.

It also confirmed the downing of a Ukrainian plane near Odessa after it had transferred weapons from the West.

In parallel, the Russian Defense Ministry said that Ukrainian President Volodymyr Zelensky’s estimate of Ukraine’s losses of 3,000 soldiers is a “big lie”.

Zelensky had warned earlier today that eliminating the last Ukrainian forces in Mariupol would “end negotiations” with Moscow.

control of the port of Mariupol

It is noteworthy that the forces of the separatist “Donetsk Republic”, loyal to Moscow, had announced a few days ago the control of the entire port of Mariupol.

Since the launch of the Russian military operation on Ukrainian territory, on February 24, this important city has constituted a strategic target for Russia, especially since its capture will allow linking the areas controlled by the pro-Russian separatists in the east with the Crimea peninsula (south), which was annexed to Russian territory. year 2014.