Moscow: We stand at the same distance from the sides of the Renaissance Dam dispute 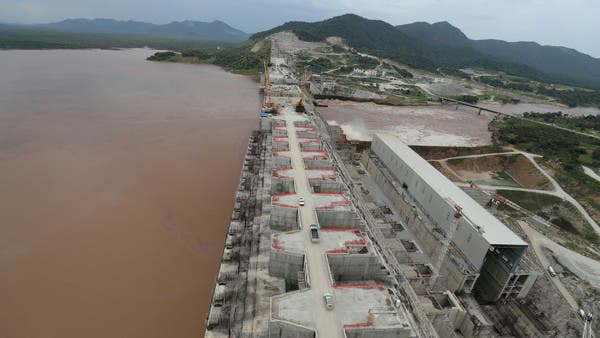 
Russian Foreign Ministry spokeswoman Maria Zakharova announced that Moscow takes an equal position on the differences between Ethiopia, Sudan and Egypt over the Renaissance Dam.

Zakharova said today, Thursday, that Russia calls on all parties to take a “responsible approach” to resolving the water dispute, and that on July 8, it took an “equal position regarding the differences between the three countries regarding the filling and operation of the hydropower complex,” according to “Sputnik”.

She also added: “The Russian Foreign Ministry believes that a solution must be sought that takes into account the tripartite negotiations under the auspices of the African Union,” noting: “We see an urgent need to continue consultations between the two parties after the second phase of filling the dam reservoir, including taking into account the readiness expressed by the Ethiopian side. for such consultations.

To that, she explained: “We hope to achieve a quick and mutually beneficial result in the spirit of the most important principle: African problems – African solutions.”

It is noteworthy that the Minister of Water, Irrigation and Energy of Ethiopia, Seleshi Bekele, had announced on Monday that his country had completed the second filling phase of the huge Renaissance Dam that it is building on the Blue Nile, and that the dam could start generating electricity within the next few months. The move has already angered Egypt and Sudan.

“The second filling of the Renaissance Dam has been completed and the water is flowing,” Bekele wrote on Twitter, adding that “the next turning point in the construction of the Grand Renaissance Dam is to achieve the early generation of electricity in the next few months.”

In turn, the Sudanese Ministry of Irrigation and Water Resources said in a statement that it renews “Sudan’s rejection of unilateral measures from neighboring Ethiopia and the policies of imposing a fait accompli and ignoring the legitimate interests and serious concerns of its partners in the river.” Khartoum urged Ethiopia to “continue to negotiate a binding and comprehensive legal agreement that preserves the interests of all parties.”

It is noteworthy that Ethiopia says that the dam, which costs four billion dollars, is necessary for economic development and the provision of electricity. However, the dam has raised concerns about water shortages and safety in Egypt and Sudan, which also depend on the waters of the Nile.

Last month, Egypt stated that it had received an official notification from Ethiopia that it had started filling the dam’s reservoir for the second time, and Cairo confirmed that it categorically rejects this step.

Egypt sees the dam as a serious threat to its supply of Nile water, on which it depends almost entirely. Sudan also expressed concern about the safety of the dam and its impact on dams and water stations.

Moreover, diplomatic efforts that have been going on for a long time have not achieved success in settling the dispute between Addis Ababa and Cairo and Khartoum.

Mikhail Boyarsky was discharged from the hospital after COVID-19

‘Jati Ratnalu’ is enough .. Vaccine is being talked about: Priyadarshi interview

KCR resolution on lock down in Telangana, KCR phone to Modi .. Key details ..