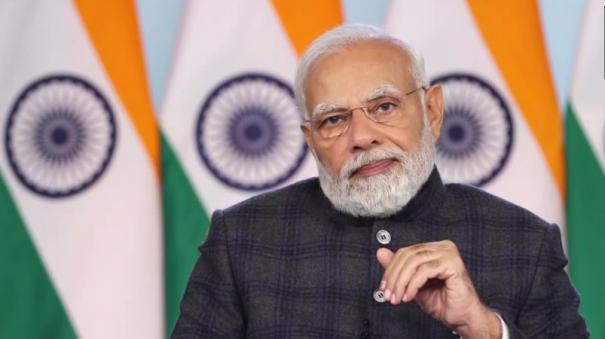 New Delhi: "Southern countries did not create most of the world’s challenges. But those countries are most affected by it" Prime Minister Modi said.

India hosted "Voice of Global South Summit" Prime Minister Narendra Modi addressed the inaugural event through video. He spoke then, " We all have once again passed through a difficult year full of war, challenges, extremism and geo-trafficking, rising food, fertilizer and fuel prices. Most of the chameleons the world encounters are not produced by southern countries. But the southern countries are the most affected by it. In the future, we Southern countries will contribute more to the world. Three fourths of the world’s population live in our countries. India has always shared its development experiences with the countries of the South. Our co-development covers all geographies and various sectors.