Most runs in ODI cricket: Kohli moves up to 5th 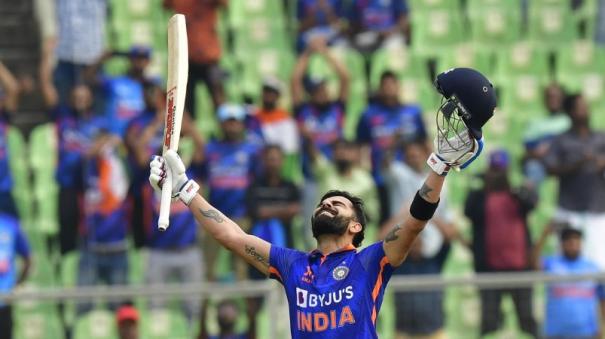 Chennai: Indian cricketer Virat Kohli has moved to the 5th position among the batsmen who have scored the most runs in ODI cricket. He scored 166 runs off 110 balls in the ODI match against Sri Lanka yesterday in Thiruvananthapuram. It was in this match that he became one of the top five highest run scorers in ODI cricket.

Kohli has been playing for the Indian team in ODIs since 2008. He has scored 12,754 runs in a total of 259 innings. This includes 64 fifties and 46 hundreds. He reached this milestone when he made 63 runs against Sri Lanka in Thiruvananthapuram.

Most Run Scorers in ODI Cricket