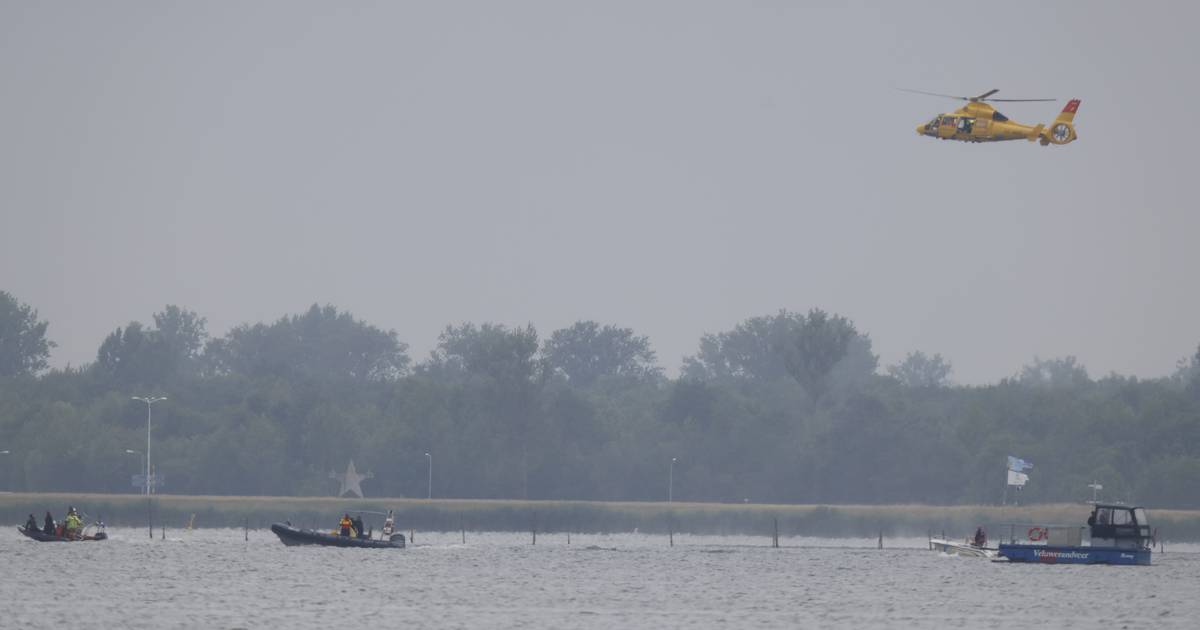 Yesterday around 3 pm the emergency number was called because of a person in the water at the Bremerbergdijk in Biddinghuizen. About an hour and a half later it was decided to stop the search and proceed to a salvage operation. “The coastguard flew another fifteen minutes longer, hoping to find the two missing family members, but unfortunately…” said spokesman Jan Hansen.

The 7-year-old daughter was found on a buoy. She is doing well under the circumstances. ,,She was safely on the side,’ said Hansen. The mother was removed from the water south of De Ral and was resuscitated, according to Hansen. Both mother and daughter were then taken to hospital by ambulance. In the evening it was announced that the woman had died after all.

It is still unclear what caused the family to get into trouble. It is believed that they rented one canoe and it created water for unknown reasons, such as “a faster boat passing by,” or that the canoe capsized, a Coast Guard spokesman said earlier. The family members were not wearing life jackets.