Mourinho cries after Roma qualified for the European Conference final 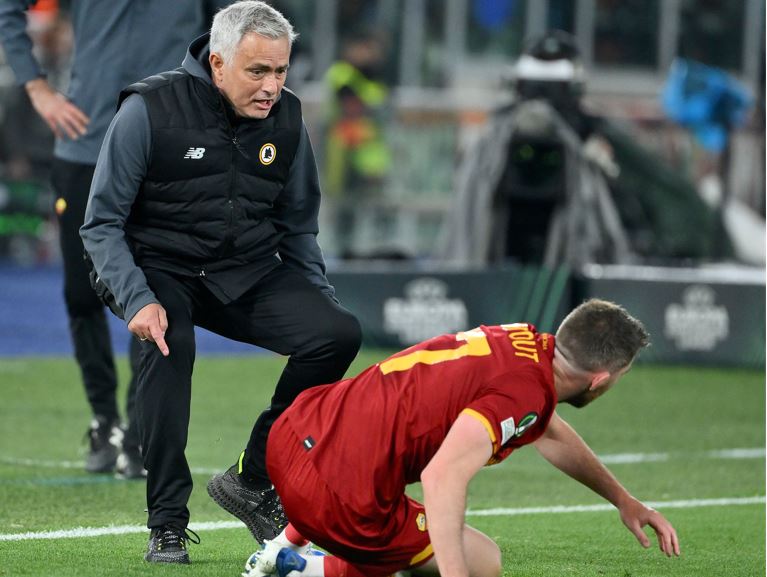 AS Roma coach Jose Mourinho broke down in tears after leading his team to the final of the European Football Conference League last night, and said that the third continental championship in terms of importance represents them the Champions League.

Tammy Abraham scored a header in the first half to lead Roma to a 1-0 victory over Leicester City last night and 2-1 on aggregate to face Feyenoord of the Netherlands in the final of the first edition of the tournament on May 25. “This is a giant club,” Mourinho said. “We’ve only reached the final and haven’t won the title yet, but it means a lot to the club. Of course, I’ve had more moments than this but I don’t feel for myself, but for the fans and the players. For us, this tournament is like the Champions League.”

Mourinho, who took over as Roma coach in May last year, wept while embracing his support staff after the victory. “I cried because my feelings were with everyone who loves this club,” added the Portuguese coach, who has now reached his fifth continental final with four different clubs and has won all previous finals with Porto, Inter Milan and Manchester United.