Mourinho: My coaching career is still in its infancy 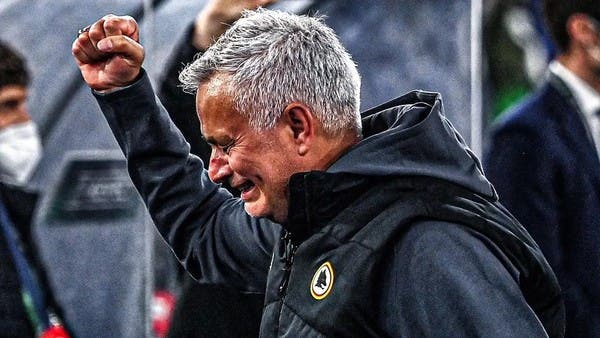 Portuguese coach Jose Mourinho seemed more motivated than ever, saying that “I’m still at the beginning of my career and you should support me for more years to come”, despite the passage of 20 years since the start of his coaching career.

And the current coach of the Italian Roma still feels “young”, adding Friday during a press conference at the Faculty of Human Mobility at the University of Lisbon, from which he graduated in 1987, that: compared to what I was 20 years ago, in terms of motivation and the way I live for my job, nothing has changed .

The 59-year-old, who won a few days ago the title of the first edition of the “Conference League” with Roma’s victory over Feyenoord Rotterdam 1-0 in the final, continued that he is approaching the final matches in the same way always, after he crowned his fifth continental title.

Mourinho referred to the “Conference League” final by saying: This final, which was my eighteenth, if I’m not mistaken, was not different from my first, which I won in the European Union Cup with Porto in 2003.

And the former Chelsea and Real Madrid coach continued: A few days before the (final match), there was a special kind of tension, like the hours before the match. I feel calm during the ninety minutes of the match, without emotions, then (emotions) return the moment the final whistle blows.