Muhammad Al-Issa: This is how we change the negative stereotype about Islam 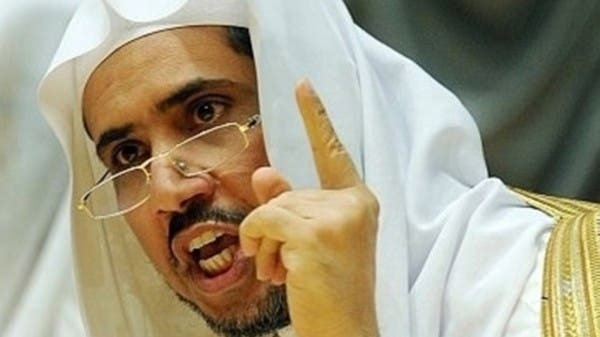 A Saudi figure, who drew her intellectual steadfastness to change the negative stereotype about Islam, until he was able to convey his philosophical voice to all parts of the world, to draw today a map of goals and plans for the march of the Muslim World League.

The Secretary-General of the Muslim World League, Dr. Muhammad Al-Issa, who said, “Philosophy for me is logical and wise analysis, and at the origin of its linguistic structure it means seeking knowledge and wisdom, and every person can be described as a philosopher when he has knowledge characterized by logic and wisdom. Philosophy is in it when the majority of the educated elite are convinced of it.”

Al-Arabiya.net interviewed him on a number of conversations, revealing his daily life, challenges and the most important topics discussed with non-Muslims.

– At the beginning of the meeting, could you tell us how you spent your day?

The best beginning of the day is prayer and the Qur’an of dawn, then direct the day to conduct business and tasks. There is no doubt that every human being has been assigned a public responsibility with which most of his time is occupied, so he kept long hours at work. I spare any other time to peruse and read. Nevertheless, I make sure to make a part of my day with the family and the relatives whom I must relate to, but I do not find enough time to communicate outside this framework except a little, and everyone, thank God, is excused.

What are the practices and habits that you implement on a daily basis?

I try as much as I can to take the time necessary for sports, and with the exception of tasks related to work and family, I make sure to read and follow the news that interests me around the world, and I also watch documentaries.

– What is philosophy for Dr. Muhammad Al-Issa?

Perhaps some of the followers saw in some of my interventions an interest in analysis and an attempt to understand the dimensions of the topic I am talking about, and this is basically part of my formation from childhood in the family and then at school.

– You are now working as Secretary-General of the Muslim World League.. Tell us what you aspire to in the League, and what is the ultimate goal for you?

The goals of the Muslim World League are defined by its statute, and highlighted by its international actions and activities. On the Islamic level, it seeks to take care of achieving unity among Muslims and meeting their word, and to strengthen acquaintance and cooperation among Muslim peoples in what brings good to them and their religion in a positive mental image, this is in addition to the efforts we make According to the capacity to educate the necessary Muslim peoples about the dangers of conflict and division, with guidance to the middle method, and combating the concepts of extremism and terrorism.

At the international level, the Association seeks to enhance its civilizational communication, which is one of its most important international priorities, in order to achieve human harmony and world peace, build bridges with everyone, and remove hatred and psychological barriers between human beings. And most of it is an illusion in perception, an error in the information, or an intruder who sneaks in out of ignorance or for purposes.”

The Secretary-General of the Muslim World League, Dr. Muhammad Al-Issa

– What topics do you discuss with non-Muslims?

We make it clear to non-Muslims that our religion is a mercy to the worlds. It has made peace at the core of a Muslim’s worship, dealings, and other behavior. He described Paradise as peace, and made greeting its people peace. Indeed, God called himself peace. Our religion has made the most beloved of people to God the most beneficial to people, and in the association we are very interested in building bridges with followers of religions and cultures at the table of the human commons that unite us.

– What is the problematic image of our Islamic religion abroad?

If you mean by your question the mental image of Islam, in the sense of the impression that non-Muslims have, then it varies according to individuals, groups, institutions and in general societies, but in the sentence: there is the fair, and there are those who are ignorant of the truth and false information is passed to them and they are not verified and another asks and is verified, and there The hater, and there are those who generalize in their rulings to errors and individual scenes, but our role is to address all of this with correct information and wisdom in dealing, in short: “in the way that is best”, and that is why we always say: “The mental image of the Islamist was made by the Islamic interior himself,” and “the majority of Muslims in minority countries are aware, but some of them have been hijacked by the agenda of the so-called political Islam,” and “the so-called political Islam has reduced the great religion to narrow political party goals.”

– How do you change the negative stereotype about Islam in general?

This is done by clarifying the truth of Islam without complacency or exaggeration, and Islam, praise be to God, is an open book in which there are no secrets or secrets, but we are confronting any extremist approach that would offend our religion before it harms itself, and this is according to the tools and level of abuse, this is in addition to public awareness Through diverse and multiple lectures, initiatives, programs and dialogues around the world, especially with internationally recognized think tanks.

It is no secret that: “Correcting the negative stereotype about Islam requires extensive knowledge and experiences, and wisdom in managing every issue.”

Does the media have a role in changing the stereotype… and what is it?

No one denies the importance and role of the media in general in clarifying the true image of Islam and Muslims and confronting distorted methods, and the arts also have their message and impact, especially in certain groups of society such as youth and adolescents.

The “informational and analytical” role of the media is balanced and influential, as it has an important guiding and educational role, but only the purposeful media can play this; That is why we can say that: “media values ​​are made by the ethics of the media in their precious metal.” It can also be said that “the general media and media institutions” around the world are clearly visible in “the awareness of the recipient” regardless of infiltration, camouflage or fraud.

It is also important to realize that changing the ingrained negative image is not an easy task. It cannot be done through a passing discussion or a lecture with limited access to it. It is not the awareness of an individual, a trend, or an institution, but rather a collective awareness, its change can only take place through a cumulative and diligent action, and it comes to the fact that: “Some intellectual institutions do not only understand us, but are convinced by our proposal, but they do not dare to clarify the truth, but rather ask us to convince the public opinion.” And this is mostly only in the media with sustainable work.” We: “We have the truth about our religion and the ability to clarify it, but we face the difficulty of quickly changing the stereotype except after a time cycle full of permanent work.”

What are the challenges you face in achieving this?

The greatest challenges may be internal, emanating from our circles. When there are acts of extremism and violence, even if they are from a few that do not represent Islam, others view negatively towards all Muslims.

Among the challenges is also the presence of a tendency in the international media to make media material with an offensive stereotype a mass material, so that recipients are automatically affected by it with the force of attraction and influence, and the prejudices of those working in opinion-making in some countries of the world are not hidden, which exposes the image of Islam And Muslims are always negative stereotypes and distortion.

– Why has the Kingdom changed its religious discourse at the present time, and did not change it in the past?

Religious discourse in its moderation, which represents the reality of Islam, is a well-established principle in our conscience as Saudis. We, as His Highness the Crown Prince, “may God preserve him”, said: (We only return to what we were before 1979 to moderate moderate Islam).