Muhammad Barghash.. the sixth victory deal in the “Mercato Winter” 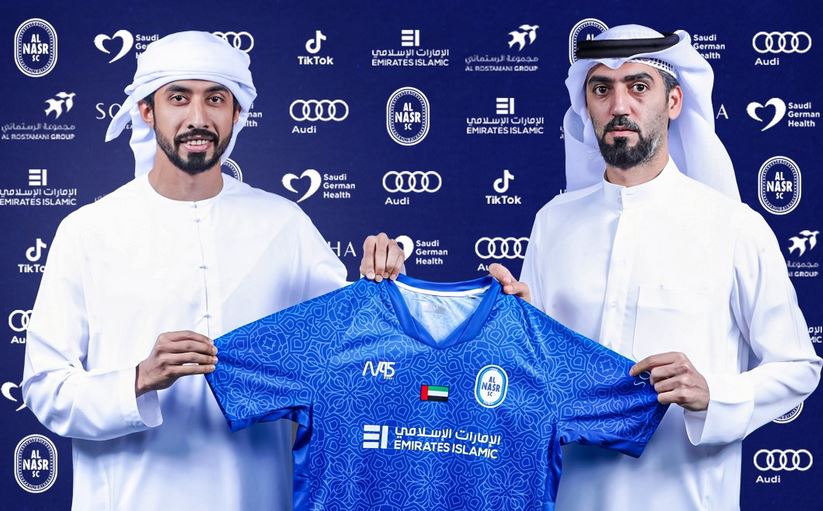 Al-Nasr Football Company announced today its contract with the player, Mohamed Barghash, in the sixth “Al-Ameed” deal during the winter transfer period. Barghash joined Al-Wahda from Al-Azraq without revealing the details of the contract, as the former international participated with Al-Annabi during the current season in 4 matches in the ADNOC Professional League, with an average of 216 minutes, while he participated in 3 matches in the Abu Dhabi Islamic Bank Cup competition, with an average of minutes. 82 minutes.

During the current transfer period, Al-Nasr contracted with Togolese Malaba from Kalba in a free transfer deal, Saud Abdul-Razzaq and Abdulaziz Sanqour on loan from Al-Ahly youth, Sultan Al-Shamsi on loan from Al-Ain, and Bosnian Samir Mimišević from the Chinese League, while he dispensed with the services of midfielder Tariq Ahmed. Termination of the contract by mutual consent between the two parties. Al-Nasr ranks 12th in the ADNOC Professional League, after achieving one victory, drawing in 4 matches and losing in seven.