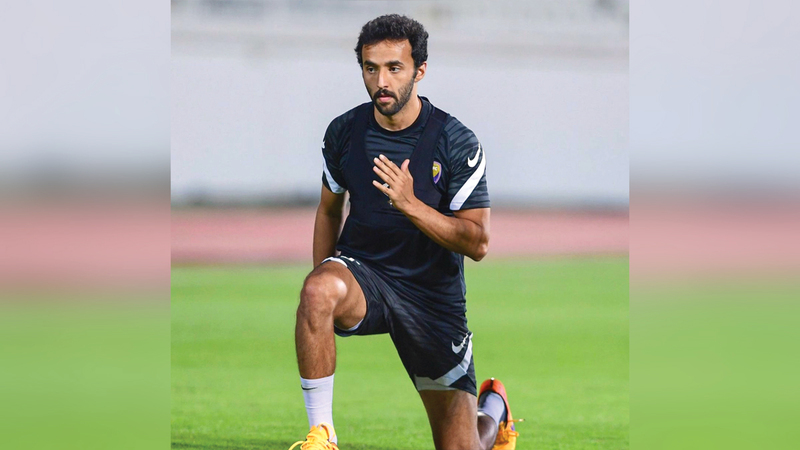 Al Ain team player Muhammad Jamal, whose contract was terminated by the club earlier this week, accompanied by four other players, revealed that there were personal circumstances and reasons that hindered his career with the “leader”, who moved to his ranks in 2019 with a four-year contract, but he did not participate with “Violet” as he left Twice on loan and joined the ranks of the island.

Jamal said in a speech he addressed to his club fans yesterday, through his account on “Instagram”: “Be sure that I did everything in my power to serve this great entity.

The player expressed his happiness with the strong relationship that binds him with the team players and the fans, and said: “I thank my fellow players for standing with me, as well as the Al-Aynawi public and every lover of the great Al-Aynawi entity for standing and asking about me, a word of thanks does not fulfill your right .. I ask God for success.”

On the other hand, Al Ain team continued its daily preparations in the morning and evening periods during its current camp, which it is staying in Austria in preparation for the new football season, and Ukrainian coach Sergey Rebrov joined the camp and led the first training session for the “leader”.

The contract of the team’s players is scheduled to be completed within the next two days with the internationals joining, after the coach had given them a five-day break after their participation with their national teams in the entitlements that followed the end of the football season.