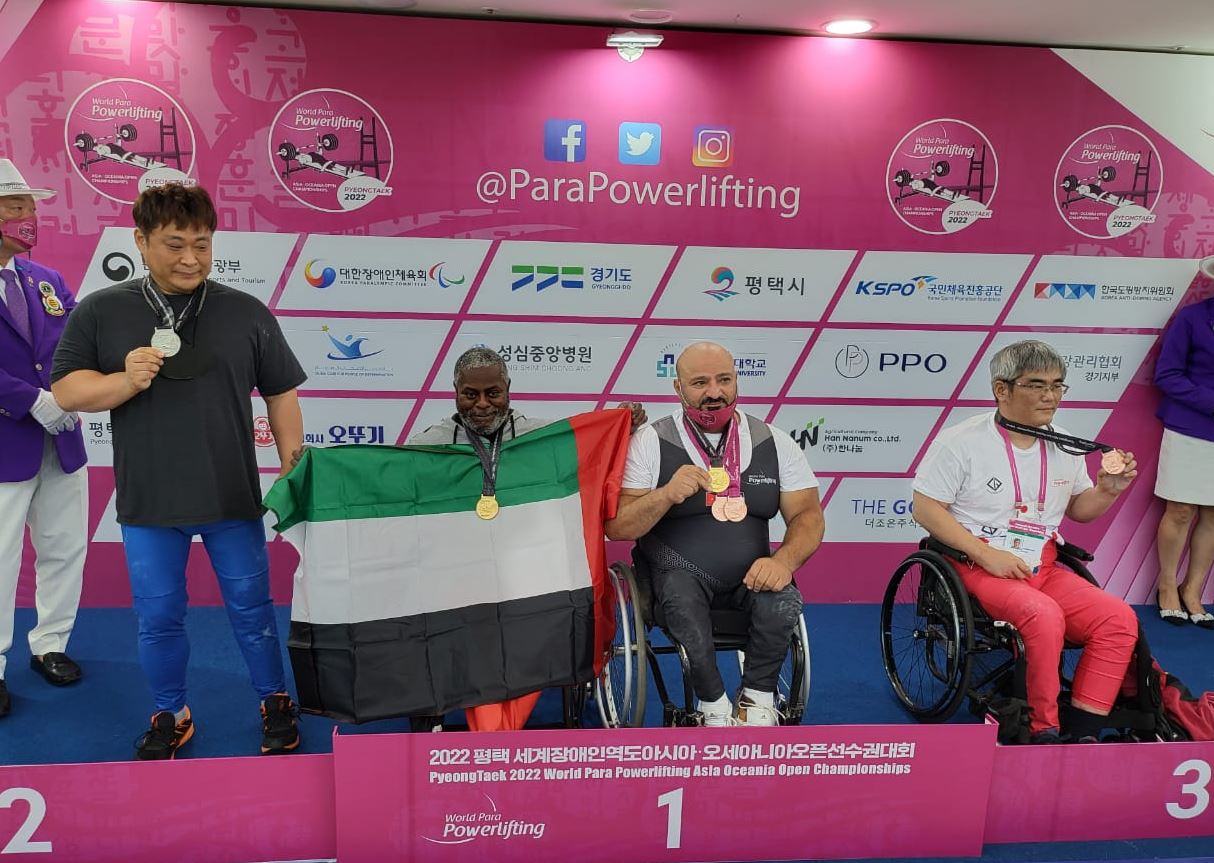 UAE Paralympic champion Muhammad Khamis Khalaf managed to grab a gold and two bronze medals in the over 97 kg weight class, during the participation in the Asian and Oceania Open Powerlifting Championships in Pyeongtaek, South Korea, which started with the participation of 231 weightlifters representing 19 countries, and concludes its competitions on the twentieth of this June.
Paralympic champion Muhammad Khamis Khalaf dedicated his achievement to the wise leadership, the government and the people of the Emirates, and to everyone who supported him during the last period and stood with him until he reached this achievement.

Khalifa Hassan Administrative Director, General of the Mission, said in a press statement: We are pleased that our hero, Muhammad Khamis, won the medals on the first day, which will be a source of support and inspiration for the rest of our players in their upcoming participation. In this Asian forum.