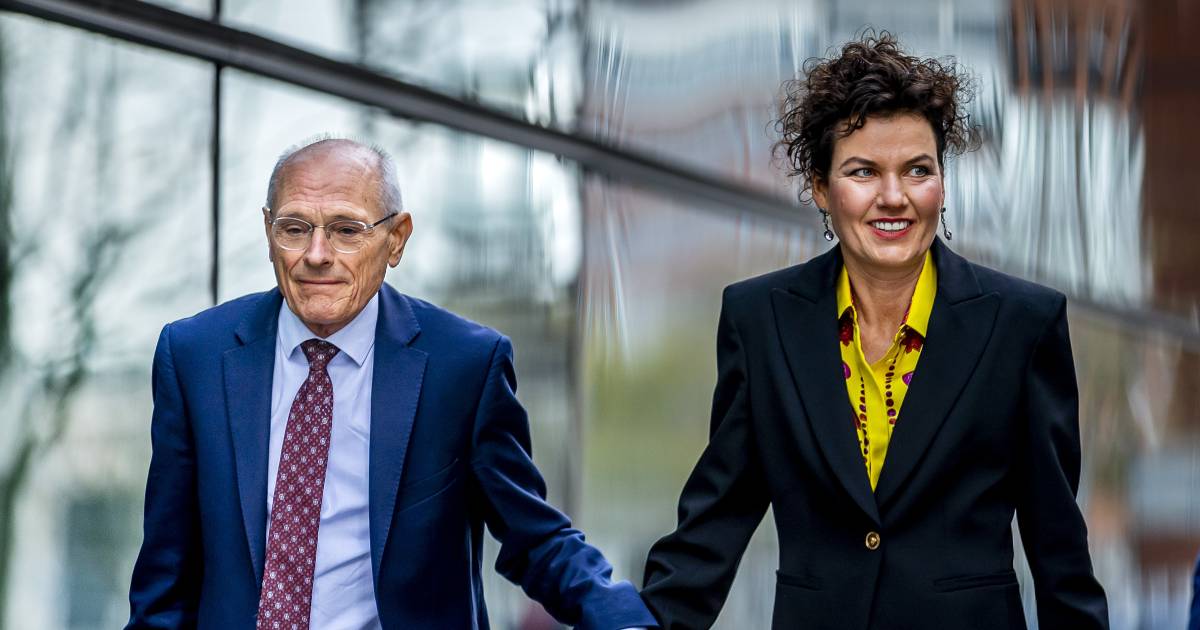 Multimillionaire Gerard Sanderink (74) married his controversial girlfriend Rian van Rijbroek (53) last week. According to Peter Wakkie, interim director of Sanderink’s ICT company Centric, this has no influence whatsoever on business operations, now and in the future.

The marriage took place on Monday, January 2, in the municipality of Meierijstad. The couple now also officially live together in Van Rijbroek’s home, according to information that this newspaper saw. It seems that the wedding took place in complete silence: family and business relations only learned about it through the press on Thursday. For Sanderink it is his first marriage; Van Rijbroek had been married once before.

Sanderink and Van Rijbroek have known each other since the summer of 2018. From that moment on, the successful entrepreneur from Twente started behaving strangely. He fired almost all the top people of his companies and started a fierce legal battle with his ex-girlfriend Brigitte van Egten, which has already led to numerous lawsuits.

Rian van Rijbroek has a dubious reputation: she pretends to be a cybersecurity expert and financial specialist, but is neither. She does, however, have a great influence on Sanderink’s life and his companies: she manages his mail accounts and she interfered with important contracts of his ICT company Centric.

‘He’s not coming back’

Sanderink has had nothing to say about Centric since November 2022. The company works a lot for the government and therefore manages privacy-sensitive data of millions of Dutch people. Because there were great concerns about Sanderink’s confused behavior, the Enterprise Chamber of the Amsterdam Court of Appeal stripped him of his powers as director and shareholder.

Lawyer Peter Wakkie was appointed as an independent director, and according to him Sanderink, or any heir, will never return to the company. He did not want to give any further explanation on Thursday when asked: “He is not coming back. I won’t go into that in detail, but I don’t expect stock management to ever go back.”


He’s not coming back. I won’t go into that in detail, but I don’t expect stock management to ever go back

The influence of the marriage on Sanderink’s other companies remains unclear for the time being. Construction giant Strukton, engineering firm Antea and a handful of smaller companies are all owned by him, and he is still a director there. It is unclear whether Van Rijbroek is now a co-owner: it is not known whether the two were married under a prenuptial agreement or in community of property. Sanderink and Van Rijbroek did not want to respond to questions about this; the Supervisory Board of parent company Oranjewoud could not be reached.

It also remains unclear what will happen to these companies in the future. In recent years, Sanderink did not want to clarify the succession within his companies after his death, but his marriage does not automatically mean that Van Rijbroek is now also his heiress. Formally, it is possible to disinherit the marriage partner through a will. But Van Rijbroek also played an important role in Sanderink’s legacy even before the marriage: everything indicates that she had already become a shareholder in his companies before and she has been a board member of a foundation that will manage his estate after his death for a few years.

That legacy is considerable: according to the latest Quote 500, Sanderink is good for 505 million. In addition to his business empire, he also owns about 67 hectares of agricultural land in Twente, worth almost 5 million euros. According to those involved, those plots are now managed by Van Rijbroek, who handles matters such as leases with the farmers involved.

Also listen to our podcast Under the spell of Rian: