IndiaMumbai: Actress Kangana Ranaut has been issued a warrant by a Mumbai...
India

Mumbai: Actress Kangana Ranaut has been issued a warrant by a Mumbai court 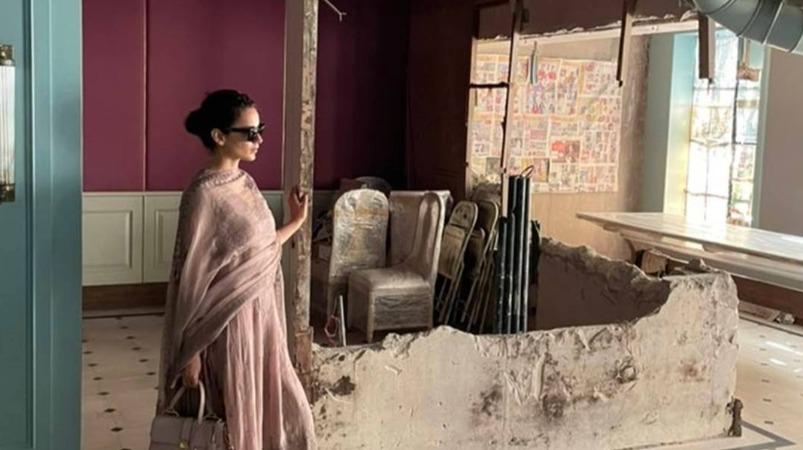 Hindi film songwriter Javed Akhtar To actress Kangana in the following case Mumbai Court The warrant has been issued.

Famous Hindi Actress Kangana Ranaut She has acted in various films in Hindi and is a leading actress. In Tamil, he acted opposite Jayam Ravi in ​​Tham Dhoom. He is currently starring in AL Vijay’s autobiography ‘Talaivi’, a biography of former Chief Minister Jayalalithaa.

In this case the recent songwriter Javed Akhtar Gangana made some slanderous remarks about. Following this, a defamation criminal complaint was filed against actress Kangana in the Andheri Metropolitan Magistrate’s Court in Mumbai. Javed Akhtar Filed.

In it, the TV presented by actress Kangana. Akhtar had said in interviews that he had slandered himself and made baseless allegations. He also demanded that action be taken against actress Kangana for this.

The court had on February 1 ordered Kangana to appear in person on March 1 in the case. But actress Kangana did not appear in court yesterday. Following this, the judge issued a bail warrant against him. He adjourned the case to March 22.

Previous articleMore than one crore people are registered to be vaccinated against corona in stage 2
Next articleHow is the sun from March to May? – What does the Indian Meteorological Department say?