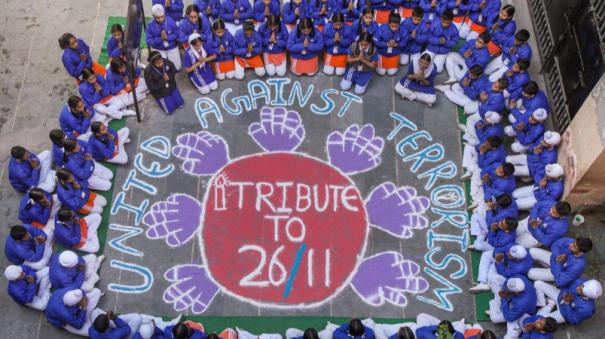 New Delhi: As the 14th anniversary of the Mumbai attacks is being observed, Israeli Ambassador to India Navor Gilan has said that Israel will stand shoulder to shoulder with India in eradicating terrorism.

In 2008, a group of 10 Lashkar-e-Taiba terrorists attacked in Mumbai. 166 people died in this. More than 300 people were injured. Ajmal Kasab, who was involved in this incident, was caught alive, and after investigations, he was sentenced to death. The main accused in the case are still pending trial in Pakistan. Various countries, including India, are insisting that the case should be conducted quickly and honestly and the criminals should be punished.

In this case, the 14th anniversary of this incident is being observed today. Regarding this, Israeli Ambassador to India Navor Gilan said, “Today we are observing the 14th anniversary of the Mumbai attacks. India and Israel have been affected by terrorism for a long time. Israel will stand shoulder to shoulder with India in eradicating terrorism. Neither of us will forget what happened. We will not forgive. It is welcome that the system has integrated international conferences,” he said.