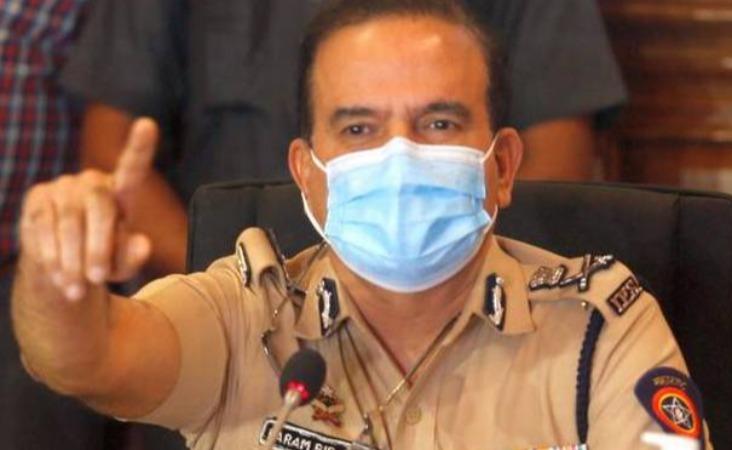 Former Maharashtra Chief Minister Anil Deshmukh has complained that hotels and bars in Mumbai are being charged Rs 100 crore a month. Mumbai Commissioner of Police Param Veer Singh has filed a petition in the Supreme Court. In it, he has demanded a fair inquiry into the complaint against Minister Anil Deshmukh and the protection he deserves.

In Mumbai, explosives and gelatin sticks were found near the Antilia home of Reliance Industries chairman Mukesh Ambani.

Mansuk Hiran, the owner of the car, was found dead in the water in the Thane area. Hiran’s death is being investigated by the Terrorism Prevention Unit and the NIA in the case of a car parked with explosives.

Meanwhile, inspecting CCTV footage in the area revealed that Hiran had parked the car and fled in another car. It was also revealed that the car was used by Sachin Vaz.

Following this, Sachin Vaas was arrested by NIA officials on the 13th. Also arrested were policemen Vinayak Shinde and Naresh Thare in the Hiran death case.

in this situation, Mumbai Commissioner of Police Param Veer Singh was transferred to the Kayts on the 18th. In this context, Param Veer Singh wrote a letter to Chief Minister Uttam Thackeray. In an 8-page report, it said, “State Home Minister Anil Deshmukh has ordered the police, including Assistant Inspector Sachin Vaz, to collect Rs 100 crore a month.

In particular, he ordered hotels and bars in Mumbai to charge between Rs 40 crore and Rs 50 crore. And they have made me a victim of the intimidation of Mukesh Ambani. ”

Following this, BJP activists have been fighting for the immediate resignation of Minister Anil Deshmukh. Similarly, Ramdas Advale, the leader of the Republican Party of India, the BJP’s ally, has been urging the dissolution of the state of Maharashtra and the implementation of presidential rule. Similarly, the Maharashtra Navnirman Sena leader has also demanded the resignation of the minister.

In this case, the Minister of State for Maharashtra Anil Deshmukh complained Mumbai Commissioner of Police Param Veer Singh has filed a petition in the Supreme Court.

Senior advocate Mukul Rothaki has filed the petition on his behalf. In his petition, he said, “A fair inquiry should be held into the complaint against Anil Deshmukh. The Central Inquiry Committee should be kept and this inquiry should be conducted. I have to provide proper protection as there is a threat from the state government. The order to transfer me to the Kayts should be revoked. ”

Previous articleLuxury home for Isha Ambani and Anand Piramal
Next articleAdi Sai Kumar has given the green signal for another movie .. New movie start for Ugadi