Murray regains part of his luster with victory over Tsitsipas 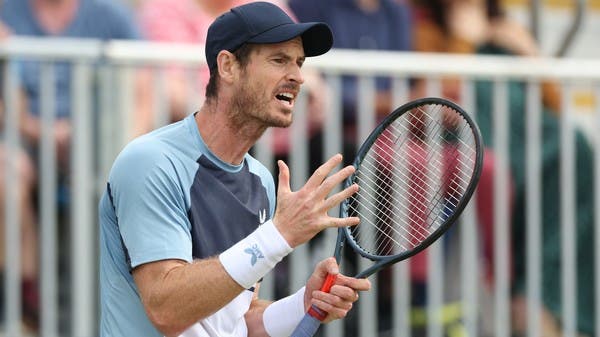 Britain’s Andy Murray regained some of the luster of the past by eliminating Greek Stefanos Tsitsipas, ranked fifth in the world, from the quarter-finals of the Stuttgart tennis tournament, with a 7-6 (7-4) 6-3 victory on Friday.

Murray, ranked 68 in the world, was currently playing in the quarter-finals of any tournament for the first time since last January in the Australian Sydney Games.

With his victory over Tsitsipas on Friday, the 35-year-old, who has suffered a lot of injuries, especially in his hips, will be close to returning to the top 50 club for the first time in more than four years.

Murray, the winner of three major championships during his career (Wimbledon in 2013 and 2016 and Flushing Meadows in 2012), took revenge on Tsitsipas, who had previously won the only confrontation that brought him with the Briton in the first round of the US Open, the fourth major tournament, last year in an exciting match. of five groups.

With his victory over Tsitsipas, Murray achieved his first victory over one of the top five seeds since 2016, confirming that he did not lose his skills on his favorite grass courts, deciding the match in one hour and 40 minutes.

“The atmosphere was great,” said the Briton. “Nice weather today and good conditions to play tennis. I think I did a good job. He sent (Tsitsipas) really well in the first set.”

“He only gave me a few chances, but when he was creating chances on my serve I stayed strong. I had a good tiebreak and in the second set I felt like I was setting my pace on a lot of points. It was a good performance.”

Murray raised his number of victories on grass courts to 113 to only 23 defeats, and the Briton, who saved a point to settle the first set in favor of Tsitsipas, hopes to add two more victories to achieve his ninth title on his favorite courts and the forty-seventh of his career.

Murray will face Hungarian Marton Vuchovic or Australian Nick Kyrgios in the semi-finals, while the second match in the fourth round will be between Italy’s Matteo Berrettini, the second seed in Stuttgart and Germany’s Oscar Otte, after the first beat his compatriot Lorenzo Sonego 3-6, 6-3, 6 – 4, the second benefit from the withdrawal of the French Benjamin Ponzi injury.