Mushrif Al-Ain: Our preparations for the cup final have begun.. and it is too early to talk about resolving the league 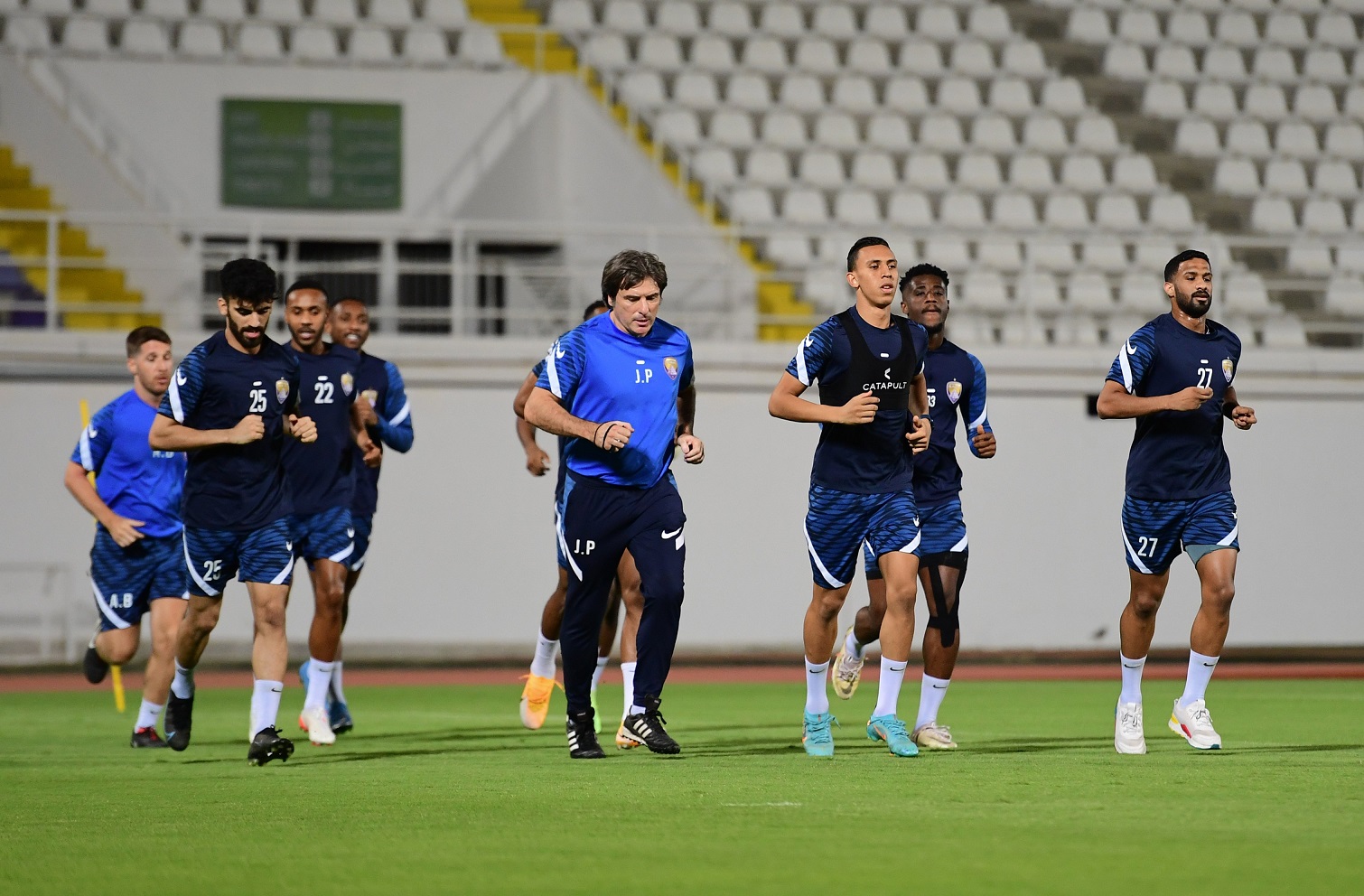 The supervisor of the first football team at Al-Ain Club Abdullah Ali said that the preparations for the “Zaeem” to face Al-Ahly youth in the League Cup final began immediately after the whistle at the end of the team’s match with Al-Ahly youth in the 21st round of the ADNOC Professional League that was held on Saturday evening, noting in At the same time, the El Clasico victory added only three points to the team, and it was too early to talk about resolving the league title.

In a press statement published on the official website of Al Ain Club this evening, he confirmed that the time interval between matches at this current and crucial stage is very short, and added: “Everyone pledged to continue with the same spirit, focus, seriousness and a strong desire to follow up on positive results.”

The “Violet” will play a strong confrontation against its rival Shabab Al-Ahly in the final match of the Professional League Cup, at 07:30 pm next Wednesday at Mohammed bin Zayed Stadium in the capital, Abu Dhabi.

In response to a question about the secret of the positive situation that the team appeared to be despite the circumstances it faces at each stage, he said: “The condition that Al Ain is experiencing, thanks to the Almighty God and then the sublime care and generous support from the club’s presidency, which created all the reasons for the team’s excellence, In addition to the follow-up and interest of the football company’s board of directors headed by Dr. Matar Al Darmaki, the spirit of one family, the strong desire and everyone’s sense of responsibility to defend the club’s logo, and the continuous encouragement of the fans for the team from the communication platforms has strengthened the positive situation and we ask God Almighty to help the team in achieving its goals in the current season.”

Commenting on the victory over Shabab Al-Ahly in the league match with a clean goal, Abdullah Ali said: “The team achieved the most important, in the confrontation and harvested the three points. It is clear and we thank God very much, who succeeded in resolving matters and achieving the most important, as I mentioned to you.

The Al Ain team supervisor praised the high state of focus and fighting spirit shown by Al Ain players, and added: “Their commitment to the technical directives contributed to their superiority on the ground and their exit with the positive result that returned things to normal in maintaining the seven-point difference between Al Ain and the closest competitors on the map of the competition rankings.”

He added, “We are currently required to close the league page temporarily and focus on the professional cup final match, in front of the same competitor, and we are well aware that there are no secrets in football and the goals are clear and I will not reveal a secret if I tell you that Al Ain players are motivated to return the fans to the Al-Ainawi stadium in the Cup final.” Professionals, and the reality confirms that the Al Ain fans are the main reason for the team’s victories and access to the podiums throughout history, and I ask God Almighty for payment and success for the team.”