Musimani refuses to continue with Al-Ahly, and the board of directors assigns a new coach 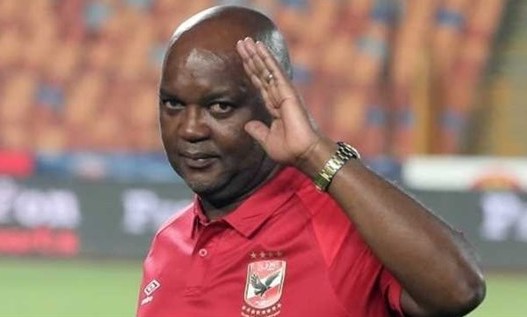 Al-Ahly club of Egypt officially announced the dismissal of the South African coach, Mosimane, from coaching the first football team, after a period of tug-of-war, following the loss of the African Champions League final.

Al-Ahly club published the news of the coach’s dismissal on its official account via the “Twitter” website, as well as the news of assigning coach Sami Komsan to coach the team temporarily until a new coach is signed.

Al-Ahly said in its official statement: “The club’s management today thanked the South African Pitso Mosimane, coach of the first football team, after the contract was terminated by mutual consent, in light of mutual respect between the two parties.”

The statement added: “Captain Mohamed Al-Khatib, president of the club, had met with Al-Ahly Football Company headed by Yassin Mansour, and in the presence of Captain Hossam Ghaly, a member of the club’s board of directors, and the Planning Committee to discuss the position of Pitso Mosimane, and by consensus it was agreed to adhere to his continuation in his mission in order to ensure the stability of the team. And given the successes he achieved with the team, but Musimani, during the meeting with him, he asked not to continue, and that he wants to be satisfied with the past period.After discussing the situation completely and unanimously, the desire of Pitso Musimani was respected..and thanked him for everything he gave to the club and the contract was terminated. With a friendly atmosphere between the two parties.”

Al-Ahly terminates the contract with Musimani by mutual consent pic.twitter.com/fUaOwJ0fol