Muslims are safe and happy under BJP rule: The Islamic wing of the RSS 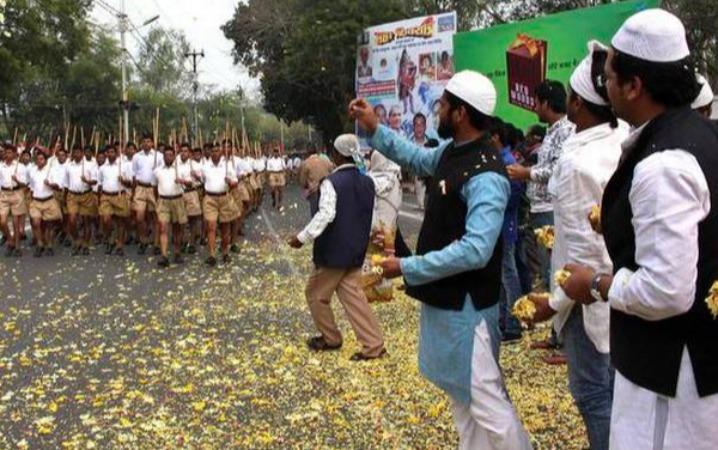 The Islamist wing of the RSS has said that Muslims are safe and happy under the BJP rule.

The Muslim Rashtriya Munch (MRM), the Islamic wing of the RSS, has prepared leaflets in this regard and has set up distribution channels in five states – Uttar Pradesh, Uttarakhand, Goa, Punjab and Manipur, where elections are to be held, according to the organization’s media coordinator Shakit Sayeed.

In those pamphlets, the Narendra Modi regime has been citing welfare programs for the Islamic community since 2014.

He added, “Parties, including the Congress, the Bahujan Samaj and the Samajwadi Party, see Muslims as a safe haven and a safe haven under the BJP regime. The description of.

Poverty and illiteracy for Muslims prevailed during the Congress regime. Muthalak The bad practice of was in force. But, in 2014 BJP rule Religious riots and religious violence have decreased since the formation. The BJP wanted the greatest good of the Muslims. So do not fall into the trap of Congress, Bahujan Samaj and Samajwadi Party in this election. Record your votes wisely. Small mistakes add to the anxiety. “