Muslims flock to Mecca on the first pilgrimage after the pandemic 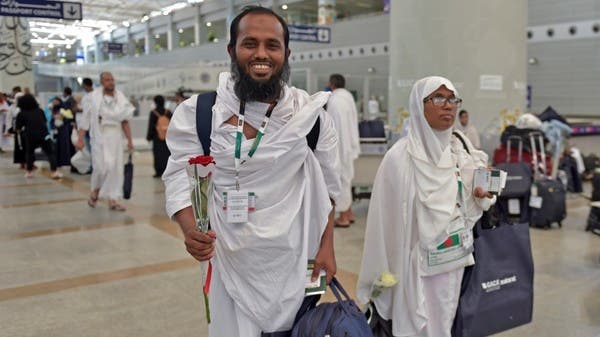 Thousands of pilgrims began arriving in Makkah Al-Mukarramah in Saudi Arabia, today, Friday, among the nearly two million expected to perform Hajj this year, after two years of stopping due to the Covid-19 pandemic.

Wearing Ihram clothes, and some of them holding umbrellas to protect them from the heat of the sun, hundreds performed tawaf around the Kaaba.

This year, Saudi Arabia allowed pilgrims to enter from outside it.

Only a few thousand Saudis and residents attended the Hajj in the past two years, as the Corona virus spread around the world, limiting movement and travel due to the closures.

And the Saudi authorities announced that only one million people can perform the Hajj this year, which is less than half the numbers before the pandemic. Hajj this year is limited to pilgrims between the ages of 18 and 65 years, who have received all doses of vaccines to prevent Covid-19 and do not suffer from chronic diseases.

Security personnel roam the place among the pilgrims inside the Great Mosque of Mecca, and there is a network of surveillance cameras and checkpoints at the entrances to the city to help manage the affairs of the pilgrims and limit the occurrence of any problems.

In 2019, the last year before the pandemic, about 2.6 million pilgrims performed the rituals.