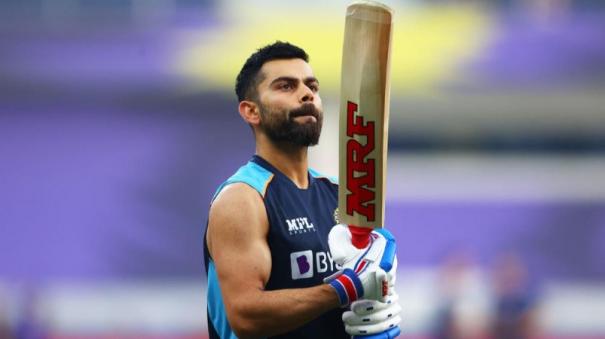 New Delhi: Former Indian cricket team captain Virat Kohli has said that his aim is to help India win the Asia Cup and World Cup. It is worth noting that he has been rested for the tour against the West Indies.

Kohli is one of the greats of modern day cricket, one of the FAB4s and a run machine. Until last year, there was an expectation of when he would score a century. But, now it has become a situation where he just needs to score runs.

Kohli has the ability to chase away the bowling of the opposition in all formats like Test, T20 and ODI. He has scored a total of 23,726 runs in international cricket.

But now he is struggling to add runs due to his poor form. So, many cricketers and critics are giving their opinion against and in favor of him. He has now been rested from the ODI and T20I series against the West Indies.

“My aim is to help India win the Asia Cup and the World Cup. I am ready to do anything for that,” Kohli said in a statement to Star Sports. It has been released by Star Sports.

Kohli continues to face a downward slide in the ICC rankings due to poor form. Fans hope this break will help him regain his form.