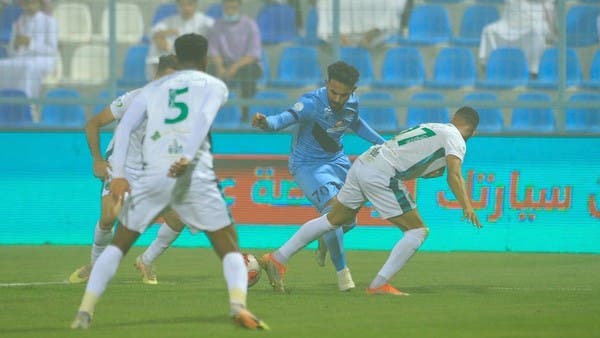 Al-Ahly Jeddah snatched a valuable point from its sub-host, after drawing with it 2-2 on Thursday in the 26th round of the Mohammed bin Salman Professional League.

Al-Batin advanced in the first half through a penalty kick scored by Angolan Fabio Abreu in the 29th minute, and the hosts maintained their lead until the 65th minute, when the Brazilian Carlos Eduardo scored a wonderful goal that brought his team back to the match.

In the 78th minute, Abdulaziz Al-Ariani scored the second goal for Al-Batin, but substitute Haitham Asiri scored the equalizer after 7 minutes to ensure that his team got a point.

Al-Ahly Jeddah raised its score to 29 points in ninth place, while Al-Batin has 26 points in fifteenth place.