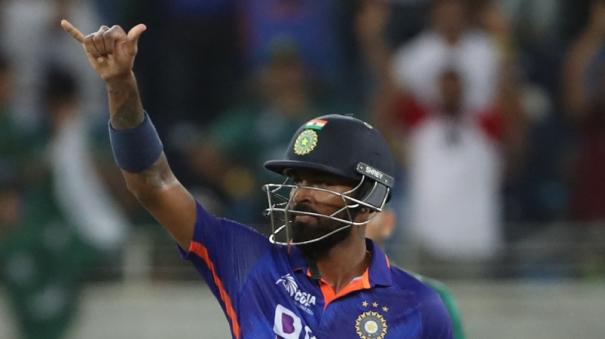 Dubai: Hardik Pandya was reminiscent of Dhoni with his six in the last 3 balls of the last over against Pakistan when India needed six runs to win. He also won the man of the match award in this match.

Chasing that target, the Indian team won by scoring 148 runs for the loss of 5 wickets in 19.4 overs. Hardik Pandya played an important role in this victory of the Indian team. He made his mark in bowling and batting as an all-rounder. 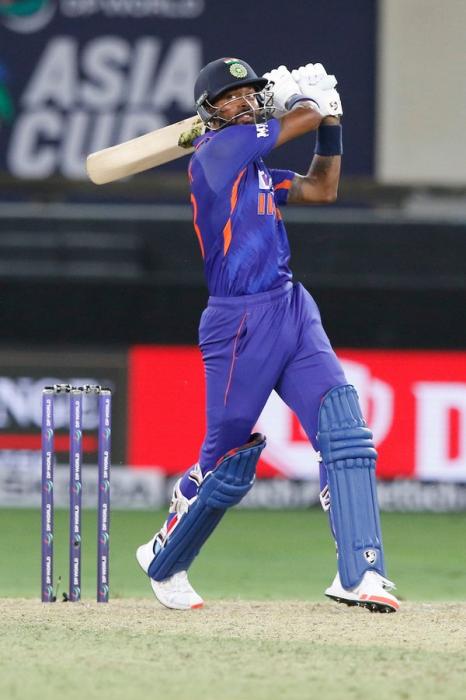 He bowled 4 overs and gave away 25 runs and took 3 wickets. He continued to form an alliance with Jadeja at a critical moment and was amazing. He scored 33 runs off 17 balls. It includes 4 fours and 1 six. He also won the man of the match award.

India need 7 runs to win in the last over. Nawaz bowled that over for Pakistan. Jadeja would have been bowled clean off the first ball and lost his wicket. Dinesh Karthik, who followed, took a single and gave the strike to Hardik Pandya. At that time 6 runs were to be scored in 4 balls. The third ball of that over would have been converted into a dot ball.

Hardik looked at Dinesh Karthik at the non-striker’s end before bowling the fourth ball and signaled with his eyes, ‘Naan Pathukuren’. Vlasi’s six off the very next ball would have ensured victory for the Indian team. His performance on the field and his belief that he could do it was reminiscent of former India captain Dhoni. Dhoni also hit sixes in the last overs to ensure victory for the Indian team.

The confidence, Hardik is special. pic.twitter.com/iZUczO8z1f