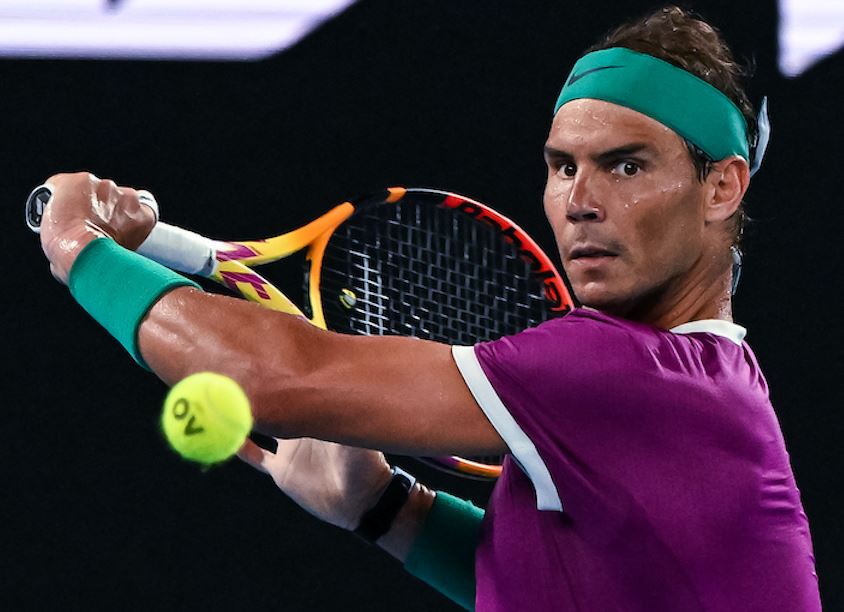 Spaniard Rafael Nadal overcame a bad start and a nose injury and beat Italian opponent Fabio Fognini 2-6 6-4 6-2 6-1 to qualify for the third round of the US Open, the last Grand Slam of the current season, last night.

The Italian veteran made a strong start to the match, winning the first set and taking a 4-2 lead while Nadal tried to find his rhythm, recalling Fognini’s unexpected victory over Nadal at Arthur Ashe Stadium seven years ago.

Nadal regained his balance and looked close to winning, but during his 3-0 lead in the fourth set, he was hit in the nose after his racket rebounded from the ground and hit his face hard.

This caused the match to be stopped for treatment.

After that, Nadal continued his progress thanks to the encouragement of his countrymen’s fans and decided the match when Fognini committed the 60th easy error to end the match, which included 15 breaks and 11 double faults.

In a courtside interview, Nadal said after the victory: “For over an hour and a half I wasn’t competing. This was one of the worst beginnings of my career.

“And in such circumstances, which we hope will not happen much, you have to be positive and patient.”

Nadal will meet in the next round with Frenchman Richard Gasquet, who beat Serbian Miomir Kitsmanovic 6-2, 6-4, 4-6, 6-4 before the Nadal match.

A waiter has met Gasquet 18 times before, winning them all.