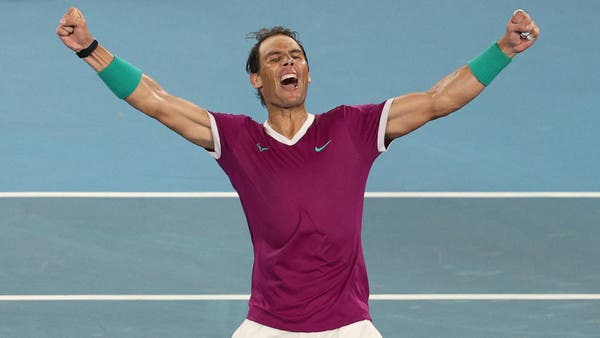 Spaniard Rafael Nadal confirmed, on Saturday, that he no longer feels the pain in his foot that made him suffer for a year and a half, stressing his desperate desire to defend his chances in the English Wimbledon Championships, the third Grand Slam, which he missed since his semi-final exit in 2019.

The 36-year-old explained: I can walk normally almost every day. For me, this is the most important. When I wake up in the morning, I no longer feel this pain that has been with me for a year and a half, and I am very happy.

And during rehearsals: Two weeks ago, I haven’t had any of those awful days, where I can’t walk. Some days it goes well, other days, but overall the result is positive.

The Spaniard, crowned with 22 major titles in his career (a record), suffers for years from foot pain associated with a degenerative and incurable disease (Müller-Weiss syndrome), where the intensity of the pain has become unbearable at times 18 months ago, to the point that he considered the possibility of his retirement. tennis.

After winning at the beginning of June his 14th title in Roland Garros, France, the second of the “Grand Slam” championships, thanks to his adoption of injection therapy to numb his foot, he announced after his victory that he no longer intends to use these injections and that he will try pulsed radiofrequency treatment with the aim of numbing his foot, but in a more Durability of the injection.

Nadal is participating in Wimbledon without playing any competitive matches since his claycourt title at Roland Garros, but he is special in exhibition matches on grass this week in London.