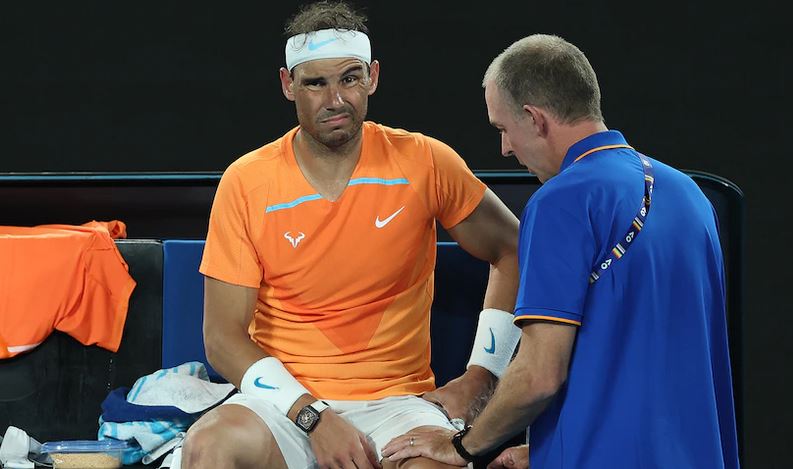 Spain’s Rafael Nadal, ranked second in the world, announced today that he will be out of action for up to two months, due to a muscle injury in his hip, one day after he was eliminated from the Australian Open. The 36-year-old wrote on his Twitter account that the scans showed a medium-grade tear with a “normal recovery time of six to eight weeks.”