Nadal returns to “Tennis Dubai” after an absence of 15 years 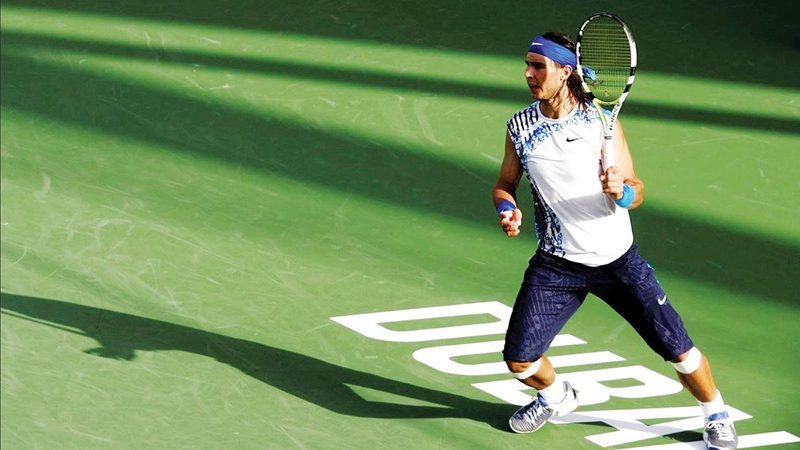 The Dubai Duty Free Tennis Championships revealed the participation of Rafael Nadal in its upcoming competitions, after a 15-year absence from the atmosphere of the tournament, which will be held between February 27 and March 4, and represents one of the 500-point tournaments of the Association of Tennis Professionals.

Nadal, ranked second in the world, holds a rich record with the tournament, winning the title in 2006, and participated for the last time in its competitions held at the Dubai Duty Free Tennis Stadium in 2008, then set out to win 22 titles in the major tennis tournaments «Grand Slam», and strengthen his position as one of the most important tennis players in history.

Executive Vice Chairman and CEO of Dubai Duty Free Colm McLoughlin said: “We are pleased to welcome Rafa back to the Dubai Duty Free Tennis Championships after an absence of 15 years, as he represents one of the most prominent names in the global sports scene, and the most crowned in the history of the yellow ball.”

He added, “Nadal achieved three major tennis titles in conjunction with his last participation in the tournament, and now returns to Dubai with more major championship titles than any other player in history.”

In turn, Salah Tahlak, Director of the Dubai Duty Free Tennis Championships, said: “We look forward to watching the exciting matches hosted by the tournament again, with the participation of some of the most talented players in the world. I am also pleased to welcome Rafael Nadal to Dubai after such a long time, and I promise our fans great competitions in the men’s and women’s championships, as we are keen on the participation of some of the best male and female players in the world, and we expect to announce the full list of participants in the coming weeks ».

The ticket office for the tournament competitions will be opened next to the stadium on the ninth of February.