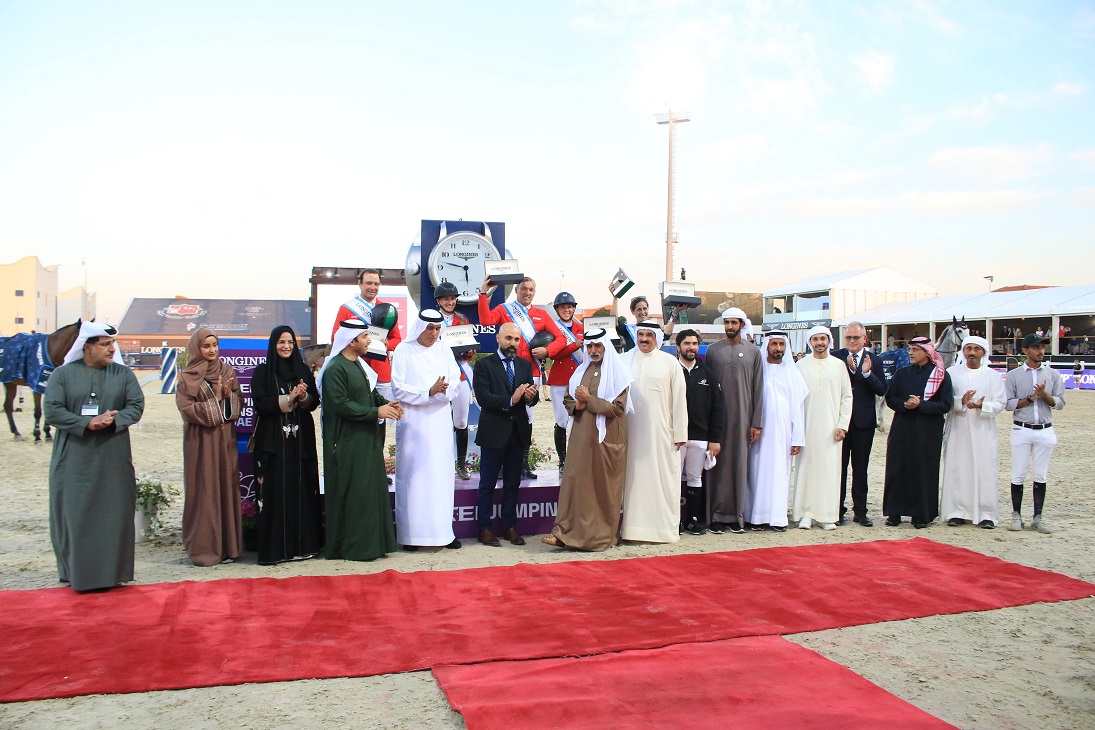 Under the patronage of His Highness Sheikh Mansour bin Zayed Al Nahyan, Deputy Prime Minister and Minister of the Presidential Court, the activities of the twelfth edition of the five-star show jumping championship of His Highness the President of the State and the Longines Nations Cup in the capital, Abu Dhabi, were concluded yesterday, Sunday. Emirates Equestrian and Racing, from January 18 to 22, at Al-Forsan International Sports Resort in Abu Dhabi, under the supervision of the International Equestrian Federation.

The conclusion of the second activities of the first Abu Dhabi Equestrian Festival was witnessed, and the knights of the winning teams in the Nations Cup were crowned, Sheikh Nahyan bin Mubarak Al Nahyan, Minister of Tolerance and Coexistence, in the presence of Jabr Ghanem Al Suwaidi, Sheikh Shakhbout bin Nahyan Al Nahyan, and Major General Dr. Ahmed Nasser Al Raisi, President of the Emirates Equestrian and Racing Federation Honorary President of the Championship, Sheikh Khalid bin Abdullah Al Khalifa, Ambassador of the Kingdom of Bahrain to the State, Honorary Vice President of the International Equestrian Federation, Naima Al Mansouri, Member of the Federal National Council, Member of the Board of Directors of the Fatima Bint Mubarak Women’s Sports Academy, and Dr. Ghanim Al Hajri, Secretary General For the Emirates Equestrian Federation, Patrick Aoun, Regional Director of Longines Company, sponsor of the cup, Sami Al-Dahami, President of the Seventh Regional Group in the International Equestrian Federation, Sultan Muhammad Khalifa Al Yahyai, ​​Director General of Sharjah Equestrian and Racing Club, Khaled Ali Al Junaibi, Director of the Tournament, and senior officials and sponsors of the tournament runs The guests of the event and a large audience of show jumping enthusiasts enjoyed a beautiful and exciting show by elite riders around the world.