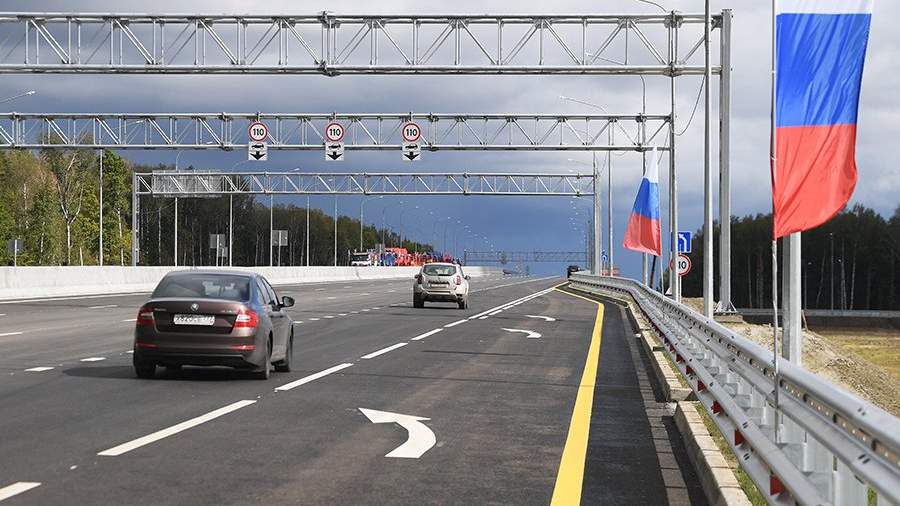 The fare for the first start-up complex of the zero stage of the M-12 highway from the Central Ring Road to the Orekhovo-Zuevo bypass will be 89 rubles for cars and motorcycles. On September 12, the United Operator announced this on its website.

For medium-sized vehicles, the price will be 133 rubles, for trucks and buses – 178 rubles, for special large vehicles – 267 rubles.

Tariffs began to operate on September 12 from 12.00 Moscow time.

On September 8, Russian President Vladimir Putin launched traffic on the first section of the M-12 highway under construction between Moscow, Kazan and Yekaterinburg, as well as on the M-5 road between Yekaterinburg and Chelyabinsk and the last stage of the Yekaterinburg ring road.

On the same day, Russian Deputy Prime Minister Marat Khusnullin proposed planning the development of the M-12 highway to Vladivostok, as well as considering its connection with railway lines and seaports in the Far East region.

The M-12 Moscow-Kazan-Yekaterinburg highway, 811 km long, will unite 17 largest regional centers, it will pass through the Moscow, Vladimir, Nizhny Novgorod regions, Chuvashia and Tatarstan. It is planned to open traffic along the entire length of the route by the end of 2024.

Earlier, on August 10, the president took part in the opening ceremony of the Arkhangelsk bridge in the Vologda region via video link. The new automobile route, which was launched simultaneously with the bridge, created conditions for the active development of territories beyond the Sheksna River and connected four large microdistricts of Cherepovets. This made it possible to organize the ring traffic of public transport and simplified access to the plants of PJSC Severstal and JSC Apatit.