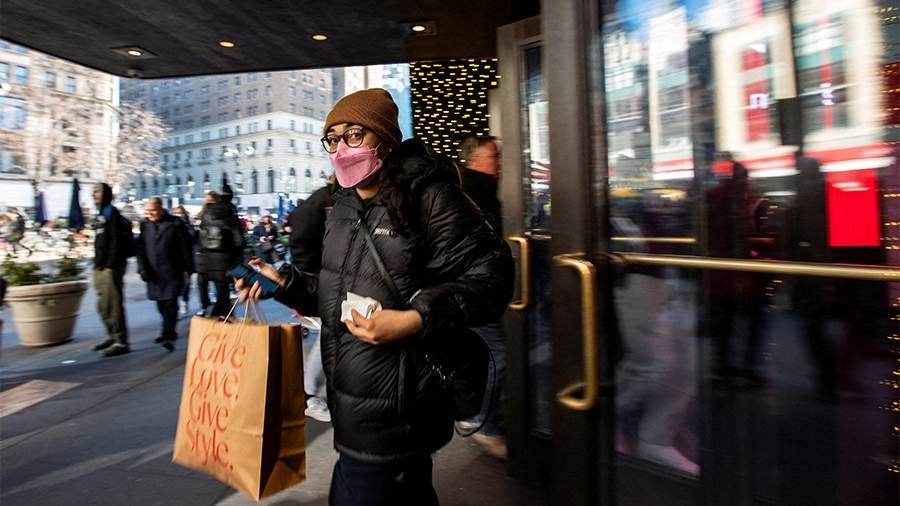 There are several development scenarios in the US economy. Mikhail Denislamov, Senior Analyst at Freedom Finance Global, told Izvestia on January 13 about three possible options that the analytical team predicts. The baseline, he said, is a moderate recession.

“The baseline scenario is just a “moderate recession” (a mild recession, which the head of the International Monetary Fund, Kristalina Georgieva, speaks of). We believe that the economy is most likely to face a moderate short-term recession, as economic activity is already declining at the pace of an economic downturn in certain leading indicators,” he explained.

The expert specified that the ISM (Institute for Supply Management) index of business activity in the service sector fell from 56.5 to 49.6 points in December. In addition, the same indicator for the manufacturing sector fell from 49 to 48.4 points. These indicators indicate a cooling of the country’s economy. In the first quarter of 2023, near-zero GDP dynamics is expected, Denislamov predicted.

“The growth rate of real consumption will continue to slow down to the near-zero zone, while the factor of pressure on them will be our expected increase in the unemployment rate to 4.9% by the third quarter, and the excess savings left over from the pandemic period, as well as the growth of wages at the pace of at the level of core inflation,” the expert said.

Freedom Finance Global estimates that households currently have $1.35 trillion in excess savings. This may support demand to some extent in 2024 and save the country’s economy from a deep correction. At the same time, a large amount of savings is a problem for the US Federal Reserve System (FRS), whose task is to cool aggregate demand to reduce inflation.

Denislamov said that the increase in the Fed rate will affect the US economy with a delay of several quarters. The construction sector will be particularly affected. As he clarified, “the decline in investment in the sector is already tangibly hitting the growth of US real GDP.” The peak of the negative effect from the growth of mortgage rates is expected in the first half of 2023.

Analysts also believe that the most favorable scenario is still possible – a “soft landing”, in which the economy avoids recession. However, such a development of events will require a combination of many factors, Denislamov emphasized.

“The labor market should show a marked cooling in terms of job losses, but employers should also be resilient and refrain from massive layoffs,” he said.

In addition, consumer inflationary expectations for the next year must fall even further for this to have an impact on the required wage increases.

“In this scenario, GDP growth may be 0.6% in 2023, which will not be an outstanding result, but the fall in PCE (Personal Consumption Expenditures) core inflation below 3% by the end of 2023 with an increase in the unemployment rate of less than than 1 p.p. per year,” the analyst added.

The third scenario is pessimistic. It implies a state of the economy close to stagflation, the expert said.

At the same time, the analyst believes that the risk of stagflation looks more likely than the risk of a deep recession, due to the presence of a significant amount of accumulated savings, a tight labor market, which is characterized by a shortage of labor in some industries.

“To be clear, stagflation is an unlikely scenario but should be kept on the radar. For the economy to plunge into stagflation, wage growth needs to be much more sustainable (noticeably above 4% yoy in 2023 Q4). In turn, this may be due to a slower pace of layoffs, more stable consumer demand, as well as the persistence of elevated inflation expectations,” Denislamov concluded.

The day before, Vladimir Bragin, Director for Analysis of Macroeconomics and Financial Markets of Alfa Capital Management Company, said that in the US there is a transition to a slowdown in the economy, while in Europe the baseline scenario is currently stagflation.

Janet Barboza responds to Luciana Fuster live after denying her an interview: “You are not a baby”

Slutsky accused the United States of escalating the conflict in Ukraine