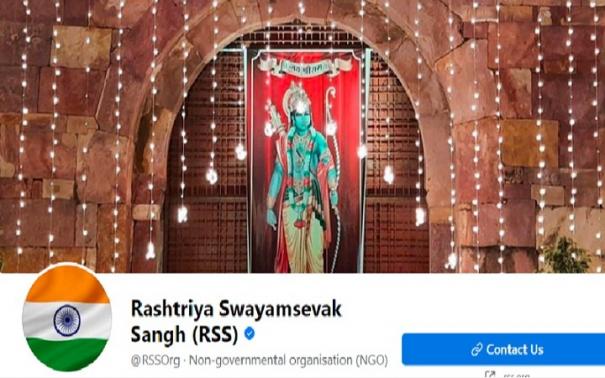 Nagpur: National flag is placed on front page photo of RSS social networking pages. It has kept the national flag image on the Independence Day while keeping its organizational flag on the facade all these years.

In this case, BJP’s political policy headquarters, RSS, has changed the national flag as the home page on all its social media pages.

Earlier this month Congress general secretary Jairam Ramesh had raised a question to the RSS organisation. The RSS, which had so far hoisted only the organizational flag at the Nagpur RSS headquarters, had this time accepted the Prime Minister’s request and raised the question whether it would hoist the national flag on its social media cover picture. In this case, RSS has changed the image on the front page.