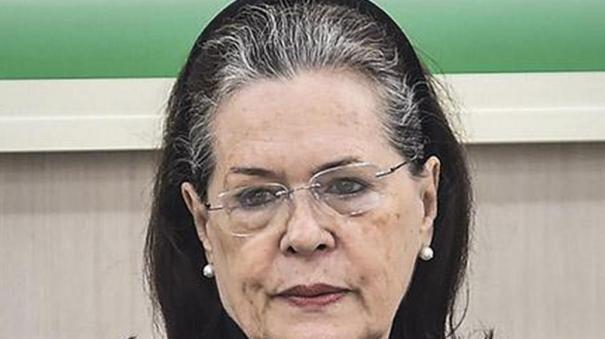 New Delhi: Congress President Sonia Gandhi appeared before the Enforcement Directorate today for the investigation of the National Herald case. He was accompanied by his daughter Priyanka.

Associated Journals (AJL) was started by Jawaharlal Nehru before independence. More than 5 thousand freedom fighters were participants in this.

Some newspapers including National Herald were published on this behalf. The Congress party has given a loan of Rs. 90 crores to this company. The National Herald was shut down in 2008 due to non-repayment.

Meanwhile, senior BJP leader Subramanian Swamy filed a case in Delhi court alleging that there was an irregularity in the transfer of shares of AJL worth Rs.2 thousand crores. In this case, Congress President Sonia Gandhi, Congress M.P. Rahul Gandhi has been summoned.

But he did not appear because he was being treated in the hospital due to corona virus. Later in July also he had sought more time. Sonia Gandhi wrote to the Enforcement Directorate asking them to postpone the hearing for a few weeks.

Accordingly, Sonia Gandhi appeared in person before the Enforcement Directorate today for the investigation of the National Herald case. He was accompanied by his daughter Priyanka. A 5-member team headed by the Assistant Director of Enforcement, Women, is interrogating Sonia.

Meanwhile, the Congress party has appealed to the workers to hold protests across the country in major cities including Delhi to condemn the investigation of Sonia by the Enforcement Directorate today.