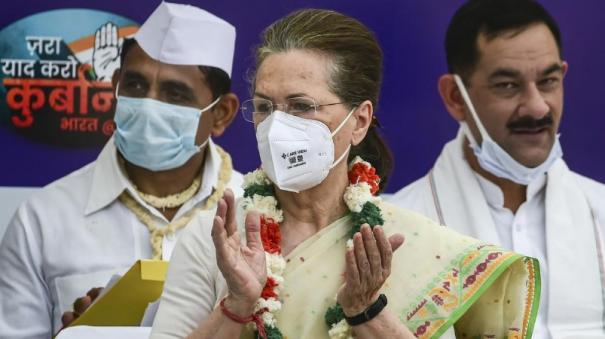 Sonia Gandhi, who has now returned home after treatment, is retiring. Therefore, an additional opportunity has been requested on his behalf to appear in person at the Enforcement Department office.

Senior Congress leader Jairam Ramesh said on his Twitter page, “Congress leader Sonia Gandhi has returned home after completing her treatment. Doctors have urged him to rest. He was treated for a lung infection during a corona infection. Therefore, we have sent a letter on behalf of Sonia Gandhi to the Enforcement Department asking them to postpone the hearing for a few more weeks. ”

Enforcement has heeded this request. Sonia postponed her appearance and did not announce a new date.