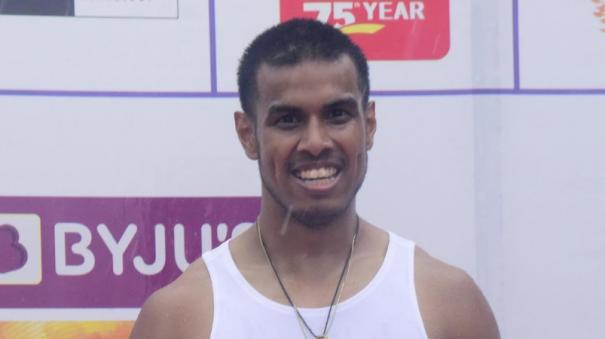 When it comes to racing, the name Usain Bolt comes to mind at lightning speed. In that sense, Amlan Bourgogne can be called India’s Usain Bolt. The reason for that is his record in 100 and 200 meters.

The 24-year-old hails from Assam. He has crossed the distance of 100 meters in 10.25 seconds. He has achieved this record in the All India Railway Athletics Championship. With this, he has broken the national record set in 2016. Then 100 meters distance was covered in 10.26 seconds. Amiya Mallick (Amiya Mallick) had created that record then.

It is noteworthy that last year he had covered the distance of 100 meters in 10.34 seconds. During his childhood he was very interested in football. Ronaldo and Sunil Chhetri are his role models in the game. After being injured in football, he started focusing on another sport, athletics, on his mother’s advice.