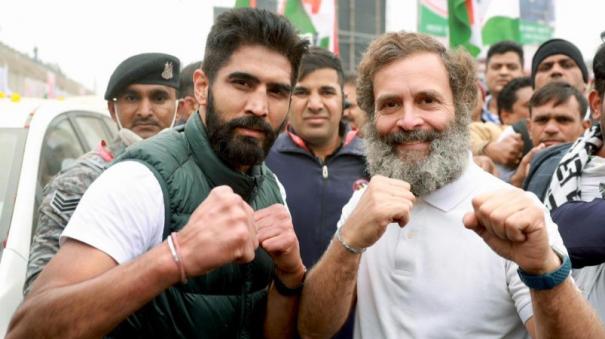 Kurushetra: In an interview, Rahul, who went on a National Unity Yatra yesterday in Haryana’s Kurushet Rao, said.

I am going on a National Unity Yatra against hatred, fear and unemployment, inflation spread in the society. The purpose of this Yatra is to make people hear the true voice of the country. In this yatra, one can directly hear what is in the mind of the people of the country.

As we go on pilgrimage, the welcome increases. India’s voice is being suppressed. The fear that the country is being divided spreads among the people. A division is made between one caste against another, one religion against another. It is against this that this pilgrimage is undertaken.

We love our country, people, farmers and poor. We want to go with them. The purpose of this Yatra is to make people hear the voice of the country. There is economic inequality in the country. Media and other institutions are controlled by few. This is what he said.