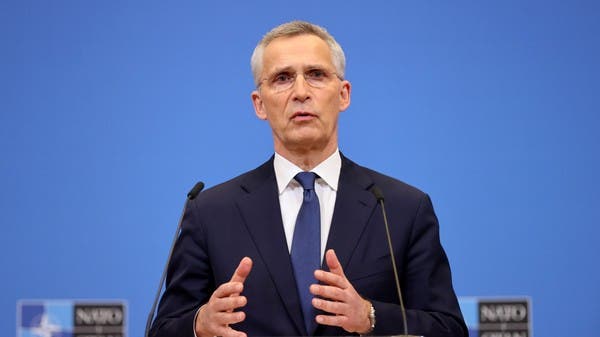 NATO Secretary General Jens Stoltenberg said Monday that he was “happy” that the Swedish government had confirmed “its readiness to address Turkey’s concerns within the framework of its future NATO membership commitments.”

After decades of military non-alignment, Russia’s war in Ukraine prompted Finland and Sweden to apply to join NATO in May.

But Turkish President Recep Tayyip Erdogan accused the two northern countries of supporting Kurdish militants, whom Turkey considers terrorists, and objected to their joining the military alliance until they changed their policies.

Swedish Prime Minister Magdalena Andersen said her country takes “Turkey’s concerns very seriously, not least its security concerns when it comes to the fight against terrorism,” adding that “her ambition is that we resolve these matters.”

For his part, Stoltenberg added that Sweden “has already begun to change its anti-terror legislation,” and that the Scandinavian country “will ensure that the legal framework for arms exports reflects its future status as a NATO member with new commitments to allies.”

“These are two important steps to deal with the concerns raised by Turkey,” he said.

“The goal is to resolve these issues as quickly as possible to be able to welcome Finland and Sweden as full members as soon as possible,” Stoltenberg explained.

The Secretary-General declined to say whether the problem would be resolved before the NATO summit in Madrid on June 28 or before the Swedish parliament elections on September 11. The invitation was extended to Sweden and Finland to attend the summit in Spain.

After Monday’s talks, Stoltenberg and Andersen headed for a boat tour of the lake adjacent to the Swedish government’s manor southwest of Stockholm.

On Sunday, Stoltenberg met Finnish President Sauli Niinistö in Finland, and the NATO Secretary made it clear that Turkey has “legitimate concerns” about terrorism and other matters that need to be taken seriously.