NATO warns Russia to pay the price if it attacks Ukraine 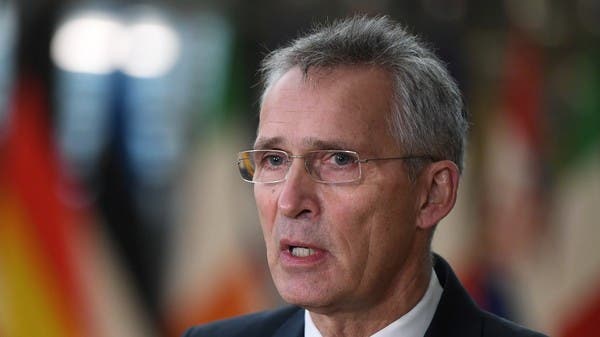 The Secretary-General of NATO warned Russia of the “repercussions” and “the price it will pay if it resorts to force against Ukraine”, after it deployed “combat-ready forces” on the borders of this country.

“We are very concerned about what is happening. Russia has deployed for the second time this year heavy equipment, tanks and combat-ready forces on the borders of Ukraine. It is intensifying hostile rhetoric and its intentions are not clear,” Jens Stoltenberg said at a press conference at NATO headquarters on Friday.

He added, “Russia has invaded Ukraine in the past with the annexation of Crimea, and it supports the separatists in Donbass. Let it be clear that if Russia uses force against Ukraine, it will have repercussions, and it will have to pay the price. So, we continue to call on Russia to avoid escalation.”

He also made it clear that the situation in Ukraine will be at the center of the meeting of foreign ministers of NATO countries in Riga, Latvia on Tuesday and Wednesday.

Stoltenberg did not specify what would be the reaction of the alliance if Moscow intervened militarily in Ukraine, and did not want to announce the intelligence information in his possession.

For his part, a NATO diplomat told AFP: “The situation is taken very seriously and messages have been sent to Moscow.”

It is noteworthy that Ukraine is a partner of NATO, but not a member of it. Hence, Article 5 of the North Atlantic Treaty cannot be invoked in a similar situation.

NATO did not intervene when Moscow annexed Crimea or during Russia’s military intervention in Georgia in 2006.

However, NATO helps Ukraine enhance its military capabilities, trains its soldiers and supplies it with weapons systems, according to Stoltenberg, who stated that he proposed to Moscow to resume dialogue within the framework of a meeting of the Atlantic Council and Russia, with the aim of calming tension and avoiding any incident after strengthening the Russian military deployment on the border with Ukraine. “But Russia did not respond positively to this offer,” he said.