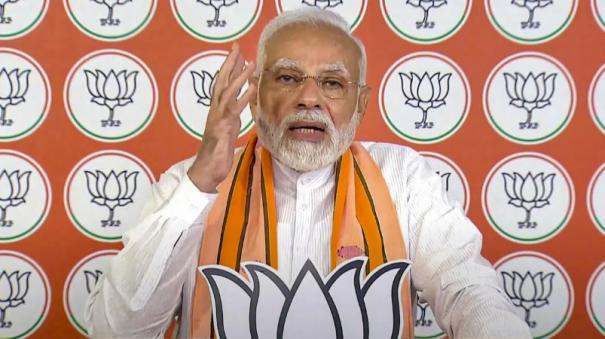 Later in the ceremony he said:

The country was ruled by coalition governments for decades. Thus there was uncertainty as to whether they could function properly or not. Because of that people of the world were suspicious of our country. In 2014, the National Democratic Alliance government was formed under the leadership of the BJP.

Since then the country has developed. Subsequently, the National Democratic Alliance government brought stability in policy making and administration in the country. The need to have a strong government at the center has been revealed.

In the past, people brought about a change of government in various states once in 5 years. But they have again given BJP a chance to rule in Uttar Pradesh and Uttarakhand. So people understand the importance of stable government.

We have also come up with a ropeway project for the development of border villages. Tourism here is continuously expanding. This is encouraging news.

The BJP government in the state has performed well even during the coronavirus pandemic. During this period too, it has provided facilities including e-visa to the tourists coming to Uttarakhand and ensured that the tourism industry and its dependents are not affected.

Be it sports or arts in Himachal Pradesh, the passion and talent of the youth of the state is benefiting the nation. Thus he spoke.