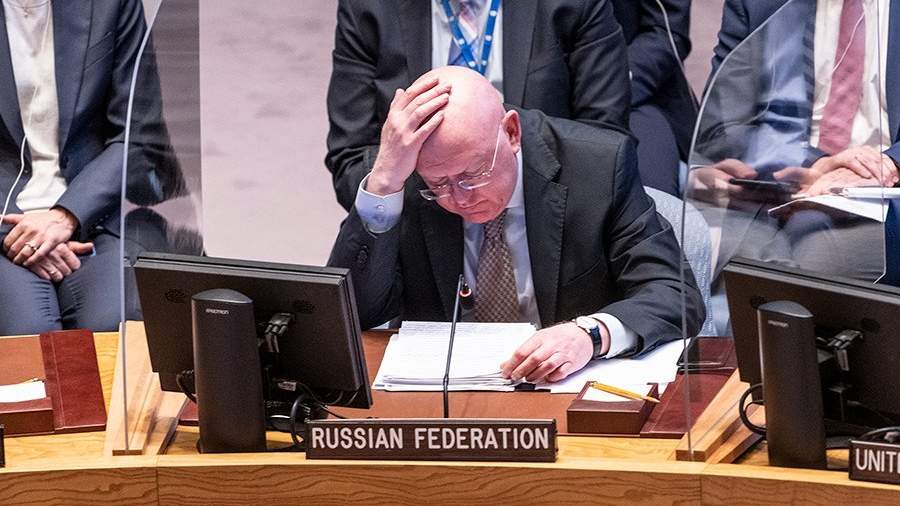 The West, long before the situation around Ukraine, was preparing for an economic conflict with Russia, and the supply of weapons to Kyiv only makes the Ukrainian land a springboard for confrontation with the Russian Federation, said on Thursday, May 5, at a meeting of the UN Security Council, Russia’s permanent representative to the world organization Vasily Nebenzya.

“It was as if you were just waiting for this moment to start the flywheel of repression against Russia. And if we talk about the world war, it is now being waged in the economic field. We have no doubt that you were preparing for it, because the speed with which this flywheel was launched leaves no doubt that you were preparing for this in advance and long before. In addition to countless sanctions and prohibitions, the seizure of private property from Russian citizens who have nothing to do with the special operation of the Russian Federation, Western countries have frozen accounts belonging to Russia in the amount of $ 300 billion. What international law are you talking about then? he said.

Nebenzya added that the West is already at war with Russia by “proxy warfare”, and the West does not need Ukraine as such.

“It was needed and needed only as an arena for confrontation with Russia. Ukraine should also have no illusions: the West will not help Ukraine, except by pumping up weapons and trying to prolong the conflict,” the diplomat stressed.

On April 27, Sergei Leonidchenko, Senior Advisor to the Permanent Representative of Russia to the UN, said that the process of denazification of Ukraine would be completed, those responsible for torturing and killing civilians would be punished. He stressed that the West is mobilizing non-governmental organizations (NGOs) to disseminate information about the situation in Ukraine, including the provocation in the city of Bucha.