Neboisha: We turned the page of the past… Al Dhafra will be different next season 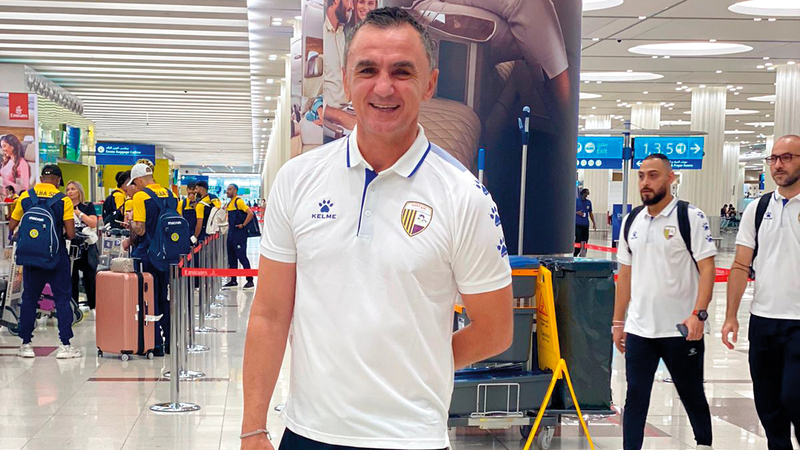 Al Dhafra coach, Serbian Nebojsa Vignevich, confirmed that “Faris Al Dhafra” has turned the page of the past, and the team will be different next season, especially after the amendments made by the club’s management to contract with a group of players. He explained that the team will not suffer like the past two seasons, when it struggled to stay with the professional league clubs.

Speaking to the Serbian newspaper Sport Club, which visited the team’s camp, Nebojsa said: “The club has completely changed foreign players, except for retaining the Brazilian player Lucas Candido, in addition to signing new young players. In general, an excellent work has been done here, especially with us. A group of experienced national players who will be useful to the team.”

The Serbian coach added that “the friendly matches that the team has played so far, and which it will conclude by facing the Saudi Al-Hazm, gave it a good opportunity to see the level of the players.” He said: “We are progressing well in preparing the team. Good in the competitions that we will participate in, and the image in which the team appeared in the previous two seasons will not be repeated, we folded this page.”

On the extent of the harmony that the new players have reached with the old, Neboisha said: “Everyone started to get along well and quickly. The new foreigners entered the collective rhythm. We have two players from Brazil, two from the Netherlands and one from Tunisia. We have a good chance to reach a suitable squad, according to According to the competition regulations, you can pay six foreign players per match.

He indicated that he hopes to score as many points as possible during the first three confrontations that await him in the ADNOC Professional League at the beginning of next September.

“The camp that the team has been holding since the beginning of this month will conclude next Monday,” Neboisha said, adding: “We will return to Abu Dhabi with high spirits after a good camp, and I can’t wait for the moment to play the first official confrontation.”

It is noteworthy that Al Dhafra had tied in his first friendly against the Serbian team, Yedinstova, and won the second against the Kuwaiti victory with two clean goals, while he will play a final confrontation against the Saudi Al-Hazm before returning to the country on the 15th of this month to complete the preparatory program.

• Al Dhafra drew in its first friendly against Serbian Ddinstova, and won the second match against Al-Nasr Al-Kuwaiti.