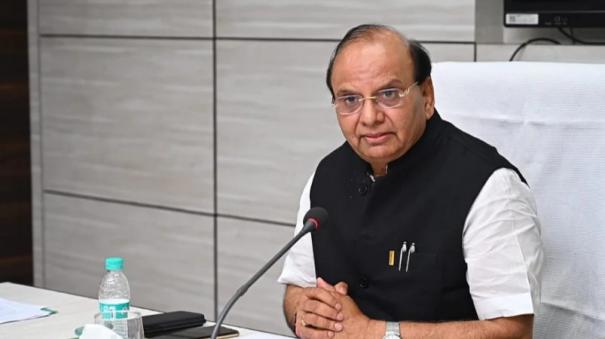 The appointment of Vinay Kumar was formally announced by President Ramnath Govind yesterday. Vinay Kumar, a former IAS officer, has been the Chairman of the Khadi and Village Industries Commission since 2015. He was also appointed as a member of the National Committee of the Central Government to critically celebrate India’s 75th Independence Day in March this year.

He is also a member of the Padma Awards Selection Committee and has experience of responsibility. From 2016 to 2020, he was also on the panel of Prime Minister Awards presented to those who excelled in public administration. The President yesterday appointed Vinay Kumar Saxena, a member of the Nehru Council of New Delhi and a member of the Council of Scientific and Industrial Research (CSIR) – who has also served on the Research Council of the Institute of Himalayan Bioresource Technology, as the new Governor.

Why the change of governor?

Anil Baijal took over as the Deputy Governor of New Delhi in 2016. He is a retired IAS officer. He also served as Union Home Secretary during the rule of former Prime Minister Vajpayee. In other ministries, he held key responsibilities.

In many respects, there has been a power struggle between the Deputy Governor of Delhi and Chief Minister Kejriwal. The Supreme Court’s clear victory over Delhi Chief Minister Arvind Kejriwal was clear that the power to make arbitrary decisions under the Constitution does not lie with the Vice Governor, but with the people’s elected government.

It is in this context that last week, Anil Baijal resigned from his post. In his letter to President Ramnath Govind, he had mentioned that he was resigning as Deputy Governor for personal reasons. Anil Baijal has been replaced by Vinay Kumar Saxena, another retired IAS officer.