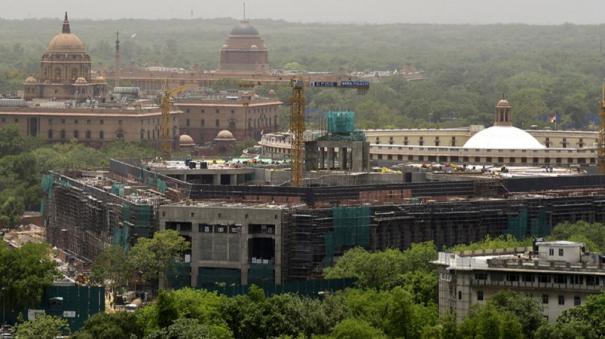 New Delhi: Central government sources said that the new Parliament building will be ready by the end of this month.

The existing parliament building is 100 years old. Therefore, the central government decided to construct a new building named Central Vista instead. Prime Minister Modi laid the foundation stone for this in December 2020. Parliament is being built as part of the new constructions of Rajapathi (Duty Road) renovation, common central secretariat, new residence and office for the Prime Minister and new residence for the Vice President.

Union Housing and Urban Affairs Minister Hardeep Singh Puri said, “The government was informed last November to decide on the date of the inauguration of the building. “The date of the opening ceremony has not been decided yet,” he said.