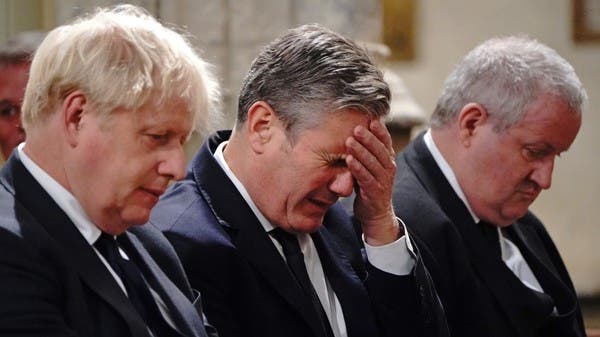 Boris Johnson, weakened by a series of scandals, faces a new problem in Britain on Friday, with the resignation of a member of his government following allegations of harassment, the latest in a raft of sexual issues within his party.

It has been a tough comeback for the conservative prime minister, after a week spent abroad for three international meetings, giving him a chance to take a breather and clear questions he considers trivial about his political difficulties while presenting himself as a hero in propping up Ukraine against Vladimir Putin.

At the same time, as social conflicts escalate due to high prices and after the “Party Gate” scandal during the restrictions imposed to combat Corona, Johnson has to address a new issue within his majority.

In a resignation letter dated Thursday, Chris Pincher, the assistant in charge of party discipline and parliament, admitted he had “drank too much” and expressed apologies for the “disgrace he has brought to himself and other persons”.

British media reported that the 52-year-old elected official groped two men on Wednesday evening – one of them a member of the House of Commons, according to Sky News – in front of witnesses at the Carlton Club in central London, which led to complaints to the party.

The series of sex-related issues within the ruling party for the past 12 years has become embarrassing. An unnamed lawmaker suspected of rape was arrested and released on bail in mid-May, and another resigned in April for watching pornography in the council on his mobile phone in April.

A former lawmaker was also convicted in May and sentenced to 18 months in prison for sexually assaulting a 15-year-old boy.

As a result of the last two cases, the two deputies resigned, which led to the organization of a legislative by-election in which the Conservatives suffered a severe defeat, which led to the resignation of party leader Oliver Dowden.

Chris Pincher has resigned from his position but remains an MP, according to The Sun newspaper, because he has admitted his mistakes, but in the face of calls for his expulsion from the party and an internal investigation, pressure is mounting on Boris Johnson to take more decisive action.

“It is out of the question for the Conservatives to ignore any potential sexual assault,” Angela Rayner, deputy leader of the main opposition Labor Party, wrote on Twitter.

“Boris Johnson must now say how Chris Pincher can remain a Conservative MP,” she added, deploring “the complete deterioration in public life standards” under the prime minister.

Johnson has been greatly weakened by the scandal of parties organized at the British Government House despite the restrictions imposed to curb the spread of the Covid-19 Pandemic. The case led to a vote of no confidence in his camp, which he narrowly escaped less than a month ago.

Wales Minister Simon Hart said a rush to an investigation could be “counterproductive”, but made clear that Disciplinary Officer Chris Heaton-Harris would hold “talks” during the day on Friday to determine “the appropriate course of action”.

“This is not the first time, and I fear it will not be the last. It happens in the workplace from time to time,” he added.

Chris Pincher was appointed in February to the governing body of the Young Conservative Party (Web Jr), but resigned in 2017 after he was accused of harassing an Olympic athlete and a potential Conservative candidate in the elections.

He was acquitted after an internal investigation and reinstated by former Prime Minister Theresa May, then joined the Foreign Office as Secretary of State when Boris Johnson took office in July 2019.

London police said they had not received any reports of an assault at the Carlton Club.