New Taliban..Men representing women in a rally for national unity 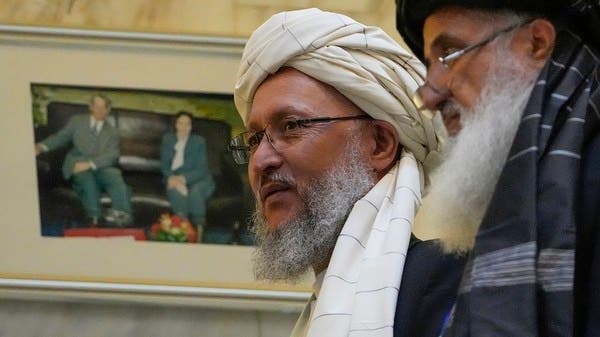 In a new violation of women’s rights, the Acting Deputy Prime Minister of Afghanistan, Abdul Salam Hanafi, announced today, Wednesday, that a large gathering organized by the Taliban movement, which includes clerics and tribal elders, will discuss the files of national unity and will be without women’s participation.

He told the Afghan Broadcasting Corporation (RTA) that the gathering, the first of its kind since the movement seized power last August, will start on Thursday.

He also made it clear that it will include different people and different opinions in a positive step for the stability of Afghanistan and the strengthening of national unity.

Men on behalf of women

When he was asked whether women would participate in the gathering, he said that the male participants would represent the women.

He justified this by saying, “Women are our mothers and sisters and we respect them a lot, and when their sons attend the gathering, it means that they are also participating in some way in the gathering.”

However, civil society organizations considered that the meeting would lack legitimacy if no women attended.

It is not yet clear what the assembly will discuss specifically, and whether the issue of secondary education for girls will be raised in it. It is expected to include about three thousand participants.

It is noteworthy that since the Taliban came to power last summer, it has gradually curtailed the freedoms and rights of women, and imposed several forms of gender discrimination.

Many female students were also deprived of education, pending the imposition of new laws governing their orientation to school again.